J.K. Rowling’s imagination is fired by the past and this trail by Dr Beatrice Groves, author of Literary Allusion in Harry Potter, looks at historical objects in the Ashmolean Museum that illuminate some of the real-world sources of Rowling's ideas. Through looking at classical, Renaissance and Victorian objects, Dr Groves explores some of the ways in which Harry Potter works its magic on the stories and stuff of the past.

Listen to Dr Beatrice Groves in conversation with Dr Vicky McGuinness, discussing some of the fascinating details about literary allusion in the Harry Potter world. Dr Groves blogs at Bathilda's Notebook on Mugglenet, where you can find out more about the real history behind Hogwarts’ creation.

Harry Potter Tour at the Ashmolean

Dr Groves led a Harry Potter Tour at the Ashmolean on Friday 28 June 2019. Click below to view the trail guide (PDF) or read on for the full, unabridged tour.

A Wizard Tour of the Ashmolean

A Wizard Tour of the Ashmolean 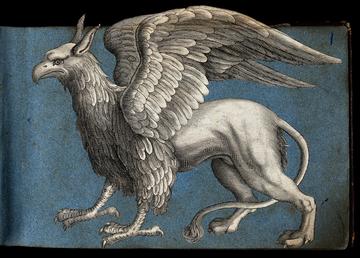