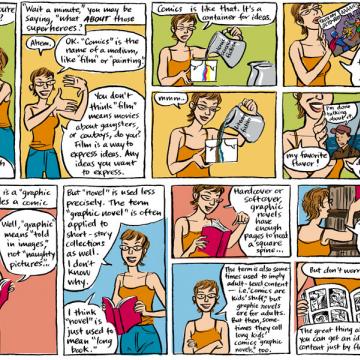 Dominic Davies, member of the Comics and Graphic Novels network, recently contributed to an article published by Sputnik International 'Comics, It's Time to Get Serious'. The article explores how comics initially started out as a bit of a joke, often to lighten the tone in newspapers and often featuring moral role models. Comics have since evolved in to graphic novels, which explore mature themes, but have often been ignored by academia. Click here to read the article where Dominic questions why the form is still not taken seroiously and examines their influence on society.