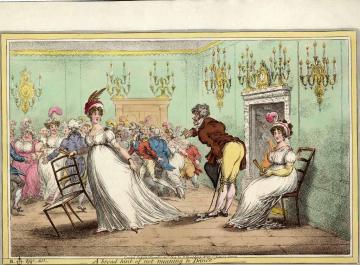 The Oxford Celebrity Research Network are looking for C18th-C19th postgrads and Early Career Researchers to contribute their expertise to an interactive website, linked to the Ashmolean’s upcoming exhibition

What you get out of it: An exciting (and unusually labour-efficient!) opportunity to take part in an interdisciplinary digital project and collaborate with the Ashmolean; and a great example of public engagement for your CV. Your work will be credited on the website.

What you do: Pick one (or more) of the figures listed below, or suggest an alternative figure frequently depicted by Gillray. Email spotlightoncelebrity@gmail.com to express interest. Once you have been assigned a historical figure, we’ll ask you to write no more than 500 words, introducing the person, explaining what they were famous for, and – if possible – suggesting some of their usual characteristics in Gillray caricatures. Jokes and anecdotes are welcome, but not compulsory; we want fun, accessible, but well-informed and accurate texts, aimed at the general museum-going public. The deadline for these will be in early February.

Update: We’re still looking for people to write profiles of these figures: