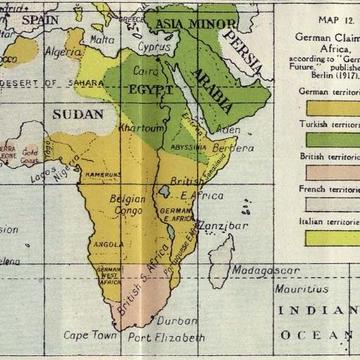 Following the success of previous events, the International Society for First World War Studies is delighted to announce its 9th conference, to be held at the University of Oxford in November 2016. The conference will explore the theme of ‘War Time’. 2016, as the midpoint of the First World War formal centenary period, marks a significant opportunity to reexamine and reflect upon the ways that time has been conceptualised both during the war itself and in the hundred years of scholarship that have followed.

Traditionally, periodisation has been considered a useful framework for understanding the war. This has neglected a plurality of timelines, both within the years of conflict and those which traverse and connect pre- and post-war narratives. The war marked a rupture in the way individuals experienced time, and interrupted usual rhythms and patterns. The conference will seek to reveal and contextualise new chronologies, pursued along flexible and multiple timelines. All approaches (social, cultural, military, etc) and disciplinary perspectives are welcome. We invite papers which address aspects of the following themes, particularly through comparative and transnational lenses:

Conference papers will be circulated in advance to all attendees. Panels will focus on discussion rather than presentation; each paper’s time-slot will commence with a commentary, before the floor is opened to broader discussion in order to promote engaging and interdisciplinary conversations. We therefore strongly encourage proposals from graduate students and early career researchers

Proposals should be approximately 300 words in length, with the final papers a maximum of 7,000 words. Applications should also be accompanied by a short CV. Please submit proposals to 2016wartime@gmail.com by 16th May 2016. Successful applicants will be invited to submit their final research papers by 31st August 2016. The working language of the conference and all submissions is English. The organisers intend to publish the proceedings of this conference.