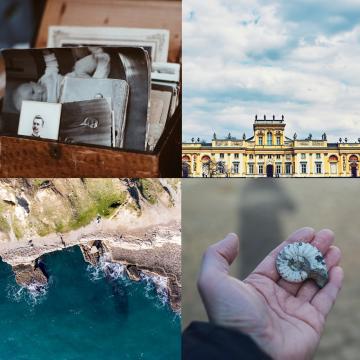 Co-organized by Historic Royal Palaces and the University of Warwick, in partnership with the Royal Collection Trust, the Bodleian Library, the University of Oxford and the Paul Mellon Centre for Studies in British Art, London, to mark the bicentenary of Queen Victoria’s birth.
Queen Victoria's name is used to identify an era. Over her long reign the British Empire covered a quarter of the globe. The birth of photography, and an explosion in print culture and the press, allowed her image to touch its furthest reaches. Her image, painted and sculpted, still dominates public spaces scattered throughout every continent. The narrative of Victoria's life has been rehearsed continuously since her death, testament to the enduring significance of her legacy. However, these narratives have not cast her as the focus of a culturally political study. Instead, orthodox approaches have set her up as a curiously inert figure, detached from public life and from the political shaping of the monarchy.
This symposium seeks to challenge these orthodoxies by examining Victoria herself as a proactive political agent in the construction of an image for nineteenth century monarchy, and therefore directly implicated in what would become the Queen Victoria phenomenon. The ambition is to explore Victoria's creation of her own image, and examine the ways in which she managed her conflicted role, as a Queen Regnant, but also as a wife and mother, including through the mediums of painting, photography, sculpture and dress.
It seeks to map the journey of this self-curated image from Victoria's private sphere to the public realm, and particularly across the British Empire, exploring its dissemination through print culture and a burgeoning press, and its movement and use through many contexts, locally and globally. This will include the ways in which the image was used to counter critical responses to Queen and Empress in attempts to quench the flames of colonial resistance to British rule in ceremonial events or to challenge republican sentiment.
Papers that explore the following themes are invited:
• Queen Victoria’s self-fashioning
• Queen Victoria as a political agent
• Queen Victoria and her management of new media
• The journeys of Queen Victoria’s image: revision and new meanings
• Queen Victoria’s image as image of Empire
• Queen Victoria as a global figure: responsibilities and challenges for curators today

The conference will take place on the 20-21 May, 2019, at Kensington Palace. Please send proposals of 400 words maximum, for papers of twenty minutes, together with a short biography of 100 words maximum, to Dr Sara Ayres (sara.ayres@hrp.org.uk). The submission deadline is 28 February 2019.