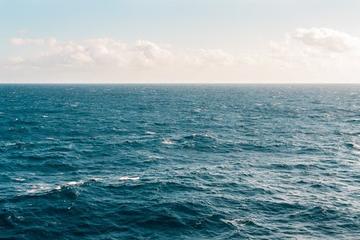 We are open for submissions from under-18's for our new anthology about the science of the sea. Themes for poems may include, but are not limited to: sea creatures, climate crisis and the sea, shorelines, land where the sea used to be, sea where the land used to be, weather.

The anthology will be published by SciPo in early 2021, in collaboration with The Oxford Research Centre in the Humanities (TORCH) and St Hilda’s College, Oxford. There will be a launch event, and contributors will receive a free copy. Edited by Elsa Hammond

The anthology will have a foreword by Dr Stephen Wren, Senior Lecturer in Organic and Pharmaceutical Chemistry at Kingston University, and will comprise poems from invited poets, competition winners from our 2020 ‘science of the seas’ competition, and public submissions. We are keen to include contributions from young poets, as we have done in the last two SciPo anthologies (in 2019 and 2020).

Guidelines:
• Submissions: in attached Word document, with title but no name on the document to elsa.hammond@st-hildas.ox.ac.uk.
• Your name, age, and poem title: in the body of your email only.
• Line limit for poems: 40 lines.
• Word count for prose poems: up to 350 words.
• Each poem must be the original work of the author, and must not have been previously published or broadcast.

Elsa Hammond has edited two anthologies for SciPo, and is an award-winning travel writer. She holds a PhD from the University of Bristol on the scientific and cultural influences of breath and air on 18th and 19th century poetry, and currently lectures in English at St Hilda’s College, Oxford. Past engagements include: BBC Radio 4 Woman’s Hour, TEDx Bath, the Stanford Travel Writers Festival, the Hay Literary Festival, the Royal Geographical Society, and the Bath Royal Literary and Scientific Institution.