A Curatorial Micro-Internship with the National Trust Partnership

At the end of the Trinity term, when I almost finished all the courses and papers this year, I was fortunate to take part in the micro-internship with the National Trust Partnership together with five other interns, under the supervision of Alice Purkiss (National Trust Partnership Lead) and Hanna Smyth (National Trust Partnership Support Officer). We were asked to research selected National Trust properties with census data and archival materials and explore the concept of “home” “family” and “loss”, which could be used in the cultural programme accompanying the coming census in 2021. As the anthropologist Arjun Appadurai argues, like us humans, things or objects have their own social lives. Home is not only a physical dwelling where people could stay; it could also represent memory, loss, social change, family in different contexts. By following the cultural biography of buildings, we can explore more about the people, stories and history behind them.

There was a list of different National Trust properties that we could choose from, and I chose Hezlett House, a cottage in Northern Ireland, as my research subject. There were in total seven generations of the Hezlett family who had lived in the house for more than two hundred years from the 18th century; the history of the house and the family are deeply intertwined. To understand the development of the house, we should figure the family history first. Current research mainly focuses on the owner of the house of each generation, mostly the eldest son of the family. What about their family members? How about those who once lived in the house and then moved to other places? Keeping these questions in mind, I started my research.

Firstly, I built a family tree with information from Ancestry.com, Findmypast and original archives to have a general idea about the structure and history of the family. One problem in the research was that there were always people with the same names, so I had to add the location as a filter to narrow down the results. Also, there were four “Hugh Hezlett” in the family, and I had to distinguish between them when referring to relevant archives. Moreover, I found out that though archive search engines are useful and can provide you with the transcribed data in a standardised form directly, by viewing the original records (images of the original files), you can always find out more detailed information. For example, the 1901 and 1911 censuses are the only surviving full censuses of Ireland open to the public. There were a few forms which should be returned for the census, including Form A about the basic household information, Form B1 about the conditions of houses, Form B2 about the out-offices and farm-steadings each household owned. Only the information in Form A has been standardised and can be read directly from the search engine website; the details about houses and farms in other forms can only be found through the original documents. Also, I learned how to read Griffith’s Valuation and found out that the rates they paid for the properties annually were also documented and can be used to estimate people’s living conditions at that time, which also echoed the census data.

Through the process of building the family tree, I discovered that although most of the family members worked as farmers and stayed in the same community for their whole lives, a few of them moved to the United States in the late 18th century and 19th century. The immigration of the family members witnessed the Irish rebellion in 1798 and the Irish migration wave in the 19th century. Little was found about their life after they moved a new country; still, the life trajectories of individuals in the family could help us explore broader topics related to identity, migration, loss and social change.

Besides archives and data in the form of texts, as a student studying visual anthropology, I am attracted by photographs, maps and other visual resources. National Trust has already digitised large numbers of objects collected from its properties which are accessible online. There are more than four hundred objects from Hezlett House, including decorations, furniture, paintings. Among them, I found some family photos which triggered my interest. The family tree I made about the Hezlett family helped me figure out the family relationship and identify some figures in the photographs. The researching process also made me think about the meaning of family photographs. We usually link photographs with memory and remembrance; however, they are also closely related to death and loss. For example, comparing two family portraits of the Hezlett family, the absence of someone in the photo reminds us of his previous existence and death. Also, the emotional and memorial meanings of the photographs are unique to the family members; if the family stories and histories are not passed down through generations, the meanings in the photographs will also decay and fade away.

This micro-internship was an unforgettable experience for me, especially in this pandemic, where physical activities were confined, and everything was moved online. During the internship, I was quarantined in a hotel due to international travel, and it’s always uplifting to have virtual meetings with Alice, Hanna and other interns. New ideas, perspectives from different disciplines, and smiling faces on the screen really gave me a lot of inspirations and energies. Alice, Hanna and their colleagues are really nice and shared a lot of the first-hand experience of working in the heritage sectors. For the research itself, it was hard at the beginning since I was not familiar with the cultural background and did not know how to deal with census data. During the process, I learned to read census data and how to see the people, stories, history and broader pictures behind the seemly simple numbers and names. I enjoyed the experience a lot and am more determined to work in the sector in the future.

Wenrui Li is studying for the MSc in Visual, Material and Museum and Anthropology at the University of Oxford. She is interested in photographs, heritage in urban settings and material culture, especially objects in our contemporary lives, and is currently researching the changing materiality of family photographs in China. She hopes to pursue a career in the heritage sector in the future.

Find out more about the National Trust Partnership here.

Find out more about the TORCH Heritage Programme here. 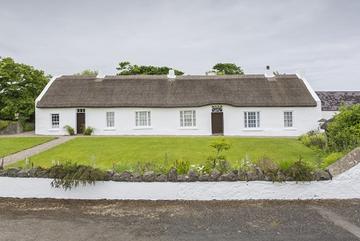