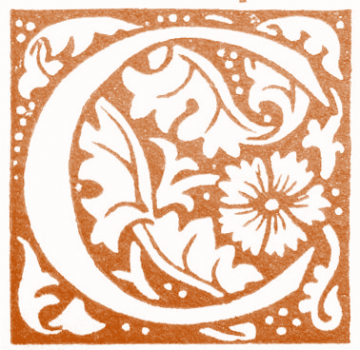 The Oak and The Acorns

“It is an idle question to ask whether his books will be read a century hence: if they were all burnt as the grandest of Suttees on his funeral-pile, it would only be like cutting down an oak after its acorns have sown a forest. For there is hardly a superior or active mind of this generation that has not been modified by Carlyle’s writings; there has hardly been an English book written for the last ten or twelve years that would not have been different if Carlyle had not lived.” George Eliot, “Thomas Carlyle” (1855)

Several generations read the works of Thomas Carlyle with surprise, awe, inspiration, fervor, excitement, and occasionally anger—and they went on to shape the rest of the 19th century and much of the 20th century with the words and prophecies of Carlyle embedded in their politics, philosophy, art, literature, history, and ideals for a better world.

Some of these impacts would have pleased Carlyle; others would have greatly surprised him, and a few, perhaps, would have dismayed him.  But for good and ill, Carlyle left an impact that in some ways is hard to see because it is so deeply pervasive.

This conference aims to retrieve that hidden Carlyle, and to recognize how he served, and continues to serve, as a bedrock of far-ranging ideals for several generations of readers and admirers.

For this conference, we invite proposals that explore the rich diversity of where Carlyle lies hidden in the vision and hopes of eminent Victorians, Edwardians, and Modernists throughout England, Scotland, Ireland, Europe, and across the ocean in America and beyond.  Because Jane Welsh Carlyle had a similar effect on the readers of her letters, both in her lifetime and afterwards, we also invite proposals that address her continuing influence as well.

We especially welcome papers that delineate how the reception of Carlyle’s works shaped critical movements in politics, art, historiography, literature, including (among many):

We also welcome papers that explore individual figures from the nineteenth and twentieth centuries and their relation to the writings of Thomas and Jane Welsh Carlyle.  A short list of significant figures influenced by the Carlyles includes:

In association with The Centre for Research in Victorian Political Culture at Keble College, Oxford, Villanova University, and the Brigham Young University London Centre and Wheatley Institution.

Limited accommodation has been reserved at Keble College for conference participants (approx. £55 per night). For further information, and to book a room, please e-mail Megan Kearney (DPhil Candidate).