Do you love me yet?

Over a week in November, audiences tuned in to Do You Love Me Yet, a show co-commissioned by Oxford Playhouse and TORCH through the Humanities Cultural Programme. Billed as "a funny, touching, live experiment into human intimacy", the show put two actors on screen with no rehearsal and a series of prompts - and we witnessed the results. Here one of the show's creators, Jocelyn Cox, talks about the process.

I first learnt about Arthur Aron’s study eight or nine years ago whilst at university. I was instantly intrigued, and felt that this experiment into connection and liveness held theatrical potential. This suspicion persisted, and each Valentine’s Day as the study was twisted into quizzes for couples I’d be reminded, but could never quite put my finger on the form it might take. Then eighteen months ago I saw a show where actors performed with no rehearsal, experiencing the material for the first time in front of the audience. We have always been interested in and inspired by the work of Tim Crouch, Nassim Soleimanpour and recently Rachel De-Lahay’s ‘My White Best Friend’ because there’s a unique liveness in actors performing without preparation. Something about actors meeting text - and each other - blind, connected to the thirty six questions in my mind. I drove to Bristol that night to begin work with Sam on a different show and shared a garbled version of what I’d seen and how it felt connected to the study. As ever, Sam interpreted and improved upon what I was sharing, and we spent most of the R&D days that followed talking about this new idea rather than working on the show we had intended to make!

With support from Bristol Old Vic’s Ferment, we created a version of Do You Love Me Yet? for performance in a studio space for a live audience. This was ready for production in 2020, though all runs were cancelled due to covid. Sam and I started talking about how we could make theatre in this strange new climate, and it suddenly occurred to us that Do You Love Me Yet? – a show about trying to find connection and be present with other people, could be more powerful than ever if performed at a distance. Watching people try to forge intimacy through a screen, actors to perform without traditional theatre spaces or filming sets, had the potential to be uniquely interesting now, so we began thinking about how to create a digital production.

Small commissions such as the one provided by TORCH are invaluable for emerging artists. They help remove the barriers to creating and producing work, and the opportunity to make our show in this strangest of years is really appreciated. The Oxford Playhouse hosted run has already allowed us to begin programming discussions for a digital tour of the show to other venues, and for us to extend our networks as individual artists as all buildings and companies want to see produced work before engaging.

Adapting the show for digital performance was surprising! Technically we had to learn fast about platforms we’d never previously heard of, and we owe a huge debt to our stage manager Giles Stoakley who provided endless calm and kind technical support. Artistically, we realised that the digital version needed to be dramaturgically more sparse. We had to remove all of the ‘active’ elements of the stage production and allow it to simply be two people speaking to each other. Activities which worked well on stage to bring the actors closer together, or make them feel vulnerable in the moment (as the experiment necessitates) were distracting and detracting from their intimacy when played out on screen, across distance. The vulnerability in this instance came from stripping the actors of all other elements, asking them to be present and simply listen, speak, be heard, be seen.

Making Do You Love Me Yet? for an online audience with support from TORCH is undoubtedly the creative highlight of this year for me and Sam. Each performance filled us with faith in the human capacity for kindness, and belief in the power of connection. It was a privilege to watch our brilliant company reach out to each other, and gather in an audience with their stories and personalities. Many of the wonderful actors named below are forging friendships, which feels the most satisfying proof that our theatrical version delivers a similar result to the inspiring original experiment!

With our deepest thanks to: 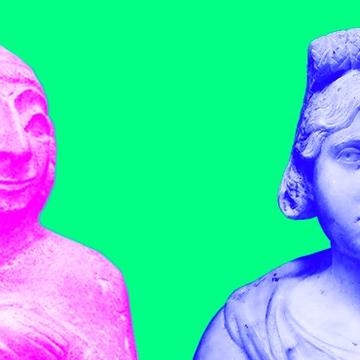