Genealogy and Social Status in the Enlightenment 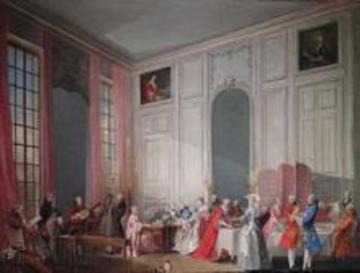 The TORCH Enlightenment programme along with Maison Française d'Oxford, L'ecole des hautes etudes en sciences sociales, and mondes Britanniques are working with organisers Dr Stéphane Jettot (Paris-­‐Sorbonne) and Professor Jean Paul Zuniga (EHESS, Paris) are issuing a call for papers for their conference 'Geneaology and Social Status in the Enlightenment'.

The Enlightenment's hostility to the early modern culture of lineage and pedigree has rightly been emphasized by historians. Celebrated as an age of modernity and improvement, this period saw many contemporaries including many nobles, welcome the need to build social hierarchies on merit and civic consciousness rather than on birth and tradition. The old medieval debate between inherited and personal merits was then thoroughly reconsidered from a new point of view. The dubious historical value of family narratives, a well entrenched and distinctive practice among the elite, was also emphasized. Increasingly it became obvious that the idea of the Great Chain of Being or of aristocratic blood did not correspond to any rational principle.
However, recent scholarship has questioned the distinction between lineage-orientated courts and ‘egalitarian’ salons. Either implicitly or in a more open manner, distinction by birth still played an essential role in the Enlightenment. Fictional discourses, family trees, construction kinship and various artefacts around the family’s past could be used by many individuals within or outside the elites. The resilience of the genealogical culture could be seen in many other domains. While the Cartesian doctrine of “innateness” was no longer prevalent in political thought - the elite could no longer inherit their governing skills from their ancestors - it started to gain credence in the naturalist studies, especially in the emerging domains of anthropology and biology.

Empiricist theories about the determining influence of nature were also looked on with suspicion by some social groups. As for example, against the European assignation of the Americans to their natural milieu, creole elites were keen to illustrate and vindicate their genealogical links with their motherland through various texts, artefacts and strategies. The rich and contradictory scientific debates on the distinction between man and animals were still very much influenced by the legacy of countless publications on lineage, race and pedigrees. The first compilations of horse pedigrees appeared at the same time as the gathering of private manuscripts or local chronicles into larger family compilations such as The Peerages and Baronetages, the ‘nobiliaires français’ or the Almanach de Gotha (1763). The descriptive and prescriptive uses of these publications need to be debated.

Importantly, historians have ceased to oppose the prototype of loving egalitarian nuclear families to the cold calculation of aristocratic extended families. The idea of this conference is not to replace the paradigm of a progressive Enlightenment by a regressive and resilient ‘Ancien Regime’ but rather, through an exploration of practices and debates about genealogy, to reveal the contradictions and the complexities of 18th-­‐century society. Because lineage and family origin are not the main criteria that should be used to distinguish the “Ancient Regime” from a “modern” era, there is a need to better understand the change in the views of genealogy from Fenelon to Kant, and their relevance to various social groups.

Topics (embracing a national or European perspective) to be addressed could include:

2 - Philosophical and literary perspectives on genealogy

4- Advertisement, consumption and circulation of printed compilations of genealogies

5 - The visualisation of the familial past (trees, tables, diagrams, engravings, painting)

7 - The relationship between genealogy and the expanding biographical culture

8 - How genealogical arguments related to debates on social order and collective identities in Europe and in the colonies (merit, blood, ethnicity, race)

Papers may be given in English or French, and should last 20 minutes. Abstracts should be c.300 words in length and include a short biography and should be sent by Monday 6 October 2016