In Crete with the Minotaur: Greece in the Poems and Letters of Sophia De Mello Breyner Andresen and Jorge De Sena (1965-1977)

My talk at the first conference of the research network “Modern Greek Studies on the 21st Century” focused on the role ascribed to Greece in the letters exchanged between two major Portuguese authors of the 20th-century, Sophia de Mello Breyner Andresen and Jorge de Sena. My interest in this topic evolved from my research on classical reception in the modernist and contemporary poetries of Southern Europe. Whilst Classical Reception is a well-established area of cultural analysis in Portuguese academia, the same is not the case for Modern Greek culture in contemporary Portuguese poetry. In my presentation I took the correspondence between Sophia de Mello Breyner Andresen and Jorge de Sena as a starting point to explore that subject. Given the range of subjects covered by this first event of the network, the opportunity to attend it proved decisive in helping me to become acquainted with the research of scholars whose interests complement or overlap with my own. An abridged version of my presentation can be read below.

A considerable part of my talk focused on the letters exchanged between Sophia de Mello Breyner Andresen and Jorge de Sena. Sophia and Sena were exact contemporaries, both born in 1919, Sophia in Porto and Sena in Lisbon. Their correspondence spanned from 1959 to 1978, which means most of it took part in the context of Salazar’s dictatorship. Sena was the son of a navy officer, and himself an aspiring officer who dropped out of Naval School, then became a civil engineer and later had to face exile, for taking part in an attempted coup against Salazar’s regime, first in Brazil (1959 to 1965), where he became a professor of literature, and then in the United States (1965-1978). It is in this context that his correspondence with Sophia ensued. Sophia, poet, translator, essayist, author of children’s books, belonged to a very different world, that of old Portuguese aristocracy. Her education was steeped in Christian values, and as a Classics student at the University of Lisbon (from 1936 to 1939) she had been a leader of Catholic movements. This earlier form of activism refracted into the many ways in which she opposed Salazar’s regime. Sena’s literary career spans virtually every literary genre, from poetry to theatre, to literary essays to short stories to a multi-volume novel, conceived on a Proustian scale, which was never finished because he died prematurely, aged 58 in 1978. As a scholar he was one of the first editors of Fernando Pessoa. He was also, to the best of my knowledge, one of the first European translators (from English) of Cavafy, having published a short selection of his poems as early as 1953. In all likelihood, he first became aware of Cavafy through the London-based poet Alberto de Lacerda, who counted in the circle of his friends the Greek poet Demetrios Capetanakis.[1] The role played by Cavafy in shaping Sena’s ethical approach to poetry is perhaps more decisive than it is often recognized, at least judging from the evidence of texts dedicated to Cavafy collected in the book The Dogma of Poetical Trinity: Rimbaud and Other Essays (O Dogma da Trindade Poética: Rimbaud e Outros Ensaios). It is also revealing of Sophia’s own perspectives about Greece (and indeed on poetry) that in a letter written in 1970 she tells him that she enjoyed his translations of the Alexandrian poet, but that Cavafy’s brand Hellenism was too Hellenistic for her.[2] In very broad terms, Sophia’s perspective on the Greek world is informed by a concept of classicism that we find in German romanticism, and Hölderlin in particular. Greece evokes timeless presences of characters and places in Sophia’s poems, and this sense that the presence of certain things is timeless and can be traced back to Ancient Greece is, on the one hand, a way to strip the world to its bare essentials. On the other, it accounts for one of the most captivating effects in her poetry, and that is the fact that these presences are mysterious with a kind of mystical depth to them. In a friendship that weathered a considerable amount of political turmoil, the wear and tear of distance, bitter literary intrigue and even, in one instance, competition for the same literary award, which Sophia won, a victory that Sena accepted gracefully,[3] the point in which they clashed is precisely that of what Greece should mean in poetry. At its core, this controversy underpins the tension that is the hallmark of Modernist poetry. It collapses into just one question two separate ones: that of what aesthetic role to ascribe to the Ancient Greek tradition and that of the ethical function of poetry as a contemporary object, especially in light of how it relates to history, and not just the historical past, but also the forces that shape its versions in the present. That is to say, that in the late 1960s and early 1970s, when Sophia and Sena diverge on how to approach Greece, what they consider is a question similar to the one that lies in the background of the lines that were written by Seferis in the third section of Mythistorema back in 1935: “I woke with this marble head in my hands;/ It exhausts my elbows and I don’t know where to put it down.”[4] Where were Sophia and Sena inclined to put that Greek head down, then?

In a poem dated from January 1966 Sena comments on a poetical approach to Greece much akin to Sophia’s. The poem is titled “To the memory of Kazantzakis, and to all of those who made the movie Zorba the Greek.” The first stanza reads:

Leave the Greeks alone, will you?, recommended

a poet once to another poet who talked

about the Greeks. But this poet,

the one who talked about

Greeks, did not think about them or about Greece. Neither

did the other. Because one thought about white statues

and their beauty and the freedom

of loving them without vine leaves, which

even the gods are compelled to wear these days. And the other only hated,

in that way of talking about the Greeks, not the false exchange

of Gods for bodies, but what seemed to him

a treason to our bitter life, for the sake of an escapism

(that perhaps was not there) towards a past

that is wrinkled, extinct and shaven...

When Sophia received a copy of the book in 1969,[5] she drafted a reply that suggests that she was immediately aware that these lines were meant for her. For reasons that we do not know, but possibly because she was in general easily distracted around her correspondence, that letter was never sent.  She tells Sena she could not bring herself to love the first stanza of his poem, because it was a form of “partisanship” (partidária, in the original) and therefore it came straight out of a prejudice. And she concludes:

…I believe that what is wrong with Portugal is that we always left the Greeks alone. That is the reason why we are a country that can’t recognize itself. A country that thinks that austere, effaced and vile sadness is the human condition…Greece was never shaven (how could the land of the fauns be shaven?) and it is not extinct… What is more, there is an amazing detail of my experience of Greece: Greek light makes things more beautiful, but it leaves ugliness aside, like something that is not part of the world… Many centuries ago we took the wrong turn and I don’t think that taking the error further is a form of progress…[6]

If one is to take the middle section of this letter at face value, Sena seems to have gotten it right, but perhaps the final sentence I quote here requires further clarification. A few months later, in a poem dated from October 1970, which Sophia titled "The Minotaur", the final stanza reads:

…In Crete where the Minotaur reigns I went through the wave

Without drugs or a potion

Just the wine I drank and the solemnity of things

Without ever losing the linen thread of the word[7]

It is not possible to assert whether or not this poem is a deliberate reply to Sena’s poem, or indeed the extent to which it evokes another poem about Crete which remains central to Portuguese contemporary poetics, Sena’s “In Crete With the Minotaur,”[8] in which a surrealist encounter with the minotaur forms the background to a reflection on the tensions between the concepts of society and actual civilization, interspersed with a bitter consideration of nationalism(s). It is certain, nevertheless, that this cluster of poems dialogue. In the symbols they elect, they are about the timeless role of a few simple gestures in upkeeping the fundamental principles of our humanity. In 1972 Sophia wrote a poem about an encounter in Greece, which, perhaps in a fashion akin to that of “In Crete with the Minotaur,” may go to show that sometimes the poems that cast a bitter look at a given moment in history are a way to remind us that some of the very best poems written about Greece have been for a long time a way to resist forces that are intended to mutilate us. In that particular regard, Sena and Sophia did not differ.

At twilight in a twentieth-century September

On the road from Patras to Athens

In the sunset his Hellenistic beauty struggled

The bulging muscles of his straining arms

Composed the tumult of light and shadow

That bends the bodies of the doomed gods

In the Pergamum friezes

Likewise in the sunset that I inhabit

The gods have been defeated[9]

Tatiana Faia is a Portuguese poet and one of the editors of the Lisbon-based independent publishing project Enfermaria 6. In 2019 her book A Room in Athens won the Portuguese Pen Award for Poetry. Her postdoctoral research is focused on classical reception of the modernist and contemporary poetry in Southern Europe. She lives and works in Oxford.

[1] I am grateful to Luís Amorim de Sousa for pointing out this connection.

[2] O Cavafy parece às vezes um discípulo do Ricardo Reis, mas está longe da perfeição e da ‘dicção total do Pessoa’, é mesmo um pouco ‘terra à terra’ e tem um helenismo muito helenístico. (Cavafy sometimes resembles a disciple of Ricardo Reis, but he is too far removed of the perfection and ‘total diction of Pessoa’, he is altogether too literal, and his Hellenism is too Hellenistic.) She concludes that Cavay has the imagination of a novelist. Sophia, letter to Sena, 9th of April 1970 (Breyner and Sena (2006), Correspondência: 1959: 1978 (Correspondence: 1959: 1978), Guerra & Paz, Lisbon, p. 120).

[8] Dated from the 5th of July 1965, it is also included in Peregrinatio ad Loca Infecta. 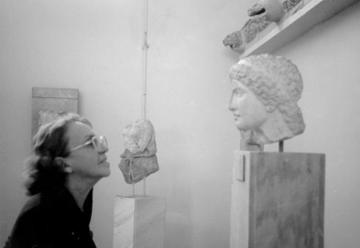 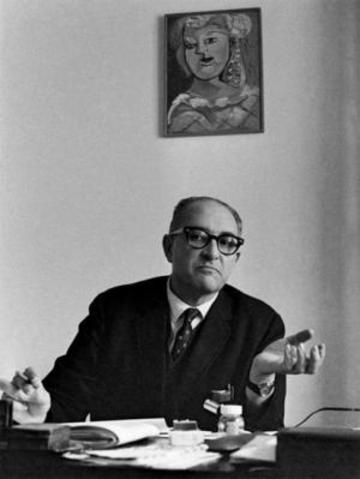