Innovating in humanities and social sciences

Since its inception, tech transfer – or university innovation – has been a field dominated by the STEM sciences.

There are a number of good reasons for this. First and foremost is the level of support it requires for a physical or life sciences-based spinout company to go from incorporation to market. Compared with a regular startup company, which can take anywhere between a couple of months to three to five years before it's making money, the development cycle for a spinout can be up to ten years and beyond.

There's also patenting, which is typically focused on technological innovation – a core activity of a university innovation office such as Oxford University Innovation (OUI). While there's nothing set in stone about how to catalyse innovative ideas, the general rule of thumb will involve patenting the ideas OUI deals with first before developing them further. While this works fine for areas such as engineering or drug discovery, it's a different story for ideas from humanities and social sciences (SSH).

OUI has made some inroads to challenging this STEM bias and supporting the wider University, punctuated by the OUI Incubator. Since its inception in 2011, the OUI Incubator has helped incorporate nearly 30 startups, over half of which emerged from social sciences. And yet, for academics in SSH wishing to pursue spinouts, university innovation has been largely off limits.

OUI is responding to increasing demand for innovation support from the SSH community and is developing a number of different products to support academics looking to create greater impact from their ideas.

First is the social enterprise, or social venture, model. Sitting in the overlap between a charity and a for-profit company, social enterprises come in a few different flavours. The general idea is that all profits from the company are considered 'evergreen' – that is, they are continually funnelled back into the company to create sustainable growth. While these companies do remain profit-making organisations, the focus isn't 'for-profit', but 'for-impact'.

We feel that the social ventures model is more in line with SSH's ethical, moral and impact-driven motivations for engaging with innovation. Consequently, OUI is conducting research into social enterprise programmes at peer institutions, it has taken on staff focused on SSH, and it is currently leading discussions with the wider university to design and deploy Oxford's social enterprise offer.

Most importantly, OUI is busy developing strategies and initiatives that ensure the successful launch, growth and sustainability of social enterprise. At present, OUI-backed spinouts have a survival rate (that is, they are still in business or have successfully sold after their initial three years) of 87%, compared with a national average of 54%. Bringing the same level of high-quality support our spinout body benefits from to social enterprise will be mission critical for OUI.

We're yet to formally roll out the social enterprise offer but already have over 20 projects in our pipeline from word of mouth alone. In fact, there's actually a race on between SSH and the Medical Sciences Division to see which will be our first, sOPHIa from SSH or LIFE (Life-saving Instructions For Emergencies) from tropical medicine.

LIFE is using mobile and virtual reality to medically train people in developing countries and was the first beneficiary of another key vehicle for SSH-related innovation at Oxford: OxReach. A crowdfunding platform developed by OUI in partnership with the University's Development Office, OxReach has now raised around £200,000 for four projects by harnessing Oxford's extensive network for support. The latest, Greater Change, is looking to rethink how we help the homeless. The Greater Change team successfully raised £33,000 in December and is currently using the funds to develop an app that facilitates secure, cashless donations to the homeless.

We've also been busy getting SSH ideas out into the wider world through what we know best: spinouts. We completed InkPath, a Humanities Division spinout offering career support for academics, in 2017, and we'll be announcing our first Social Sciences spinout in 15 years in the coming weeks.

This is just the beginning. The work innovators in SSH have done so far, and what we're hoping to achieve together with SSH in the future, will be the focus of our next Oxford Innovation Society meeting later this month. In the long term, we're hoping that our work with SSH will open up a new chapter in university innovation.

This blog originally appeared on the University of Oxford Arts Blog. 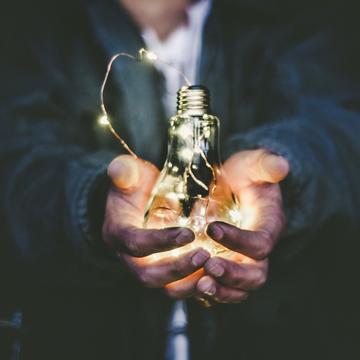