Interdisciplinarity is something of a buzz-word in academia at the minute. In universities across the UK disciplinary boundaries are becoming increasingly porous, with multiple institutions setting up hubs and programmes designed to encourage cross-faculty interaction. To use just two examples from my own field (besides TORCH), Nottingham University has set up a Centre for Music on Stage and Screen which advertises itself as ‘an interdisciplinary approach to multi-media performance genres’. The Scandinavian studies department at UCL houses researchers in (amongst others) literature, film, and art, in the belief that cross-disciplinary discussion is a fruitful basis for the future of humanities research.

Certainly, all the engagements I have had at interdisciplinary events have provoked stimulating and insightful discussions that have been invaluable for my own research. Most recently, I helped organise a conference earlier in the month on Nordic culture and modernity, which brought together speakers with backgrounds in music, art and design, literature, cognitive science, and history. The ensuing papers and subsequent conversations shed new light on the material that I am working on, and provided me with new avenues to explore from literature far outside the banner of ‘musicology’. Judging from the questions at each panel, I was not the only person who benefitted by hearing from speakers outside my field: how we think about geographical centres of modernity proved one of many lively areas of debate, particularly between scholars from music and literature faculties.

If interdisciplinarity is leading the way for humanities research, why, then, is co-authorship still so rare? Despite a clear move towards faculty integration at a conceptual (and funding) level, the monograph remains the pinnacle of academic achievement and research in the arts and humanities is a somewhat isolated affair outside of conferences. Journals bear out this tendency — I can count on one hand the number of articles I have read printed in musicology journals that are co-authored. If we are serious about interdisciplinarity, co-authorship needs to be embraced and encouraged. It is the next logical step for cross-disciplinary work, and there is certainly space for co-authored work to coexist alongside single-authored papers.

Co-writing as process and product brings with it its own set of disadvantages (not least on the administrative side, being difficult to assess individual input for grant and job applications), but it also comes with significant benefits. For starters, it circumvents the ‘jack-of-all-trades’ label that plagues interdisciplinary research. When interdisciplinary writing faces criticism, it is often that the quality of insight produced is of a lower standard than research which focuses in a single field due to a single individual trying to cover too many bases. Co-authorship concentrates knowledge rather than disperses it, combining expertise from different fields within one place. Consequently, it encourages faster developments across fields: researchers in different faculties have both different primary materials and theoretical stances, which can be fruitfully combined and compared to the advantage of all.

Being in constant collaboration forces you to be clear and concise, and able to support your arguments when placed under scrutiny from an angle that you, or somebody else in your field, might not have thought of. While this applies at whatever stage of your academic career, particular to early career research the process of mutual editing can be immensely beneficial when honing a personal writing voice. If the authors are at different stages within their academic careers, co-authorship can (as with the sciences) provide a valuable step in learning how to produce publishable material independently.

Advantages can also come at a personal level. The solitary nature of PhD research in the humanities is increasingly acknowledged as a problem for many, with studies into mental health at graduate level showing that 64% of those students aged between 18 and 34 experience feelings of isolation. Michael Perfect, in an article for the Guardian, writes that ‘solitude can easily become isolation, and many people doing doctoral research … end up feeling completely cut off from humanity’, with negative consequences for their mental health. He offers remedies for isolation such as going to conferences and working in a library instead of at home: I would certainly add co-authorship to this list. Close interaction is a necessity of co-writing, including working towards mutually decided targets.

Spreading the net outside of academic institutions, many jobs (such as within management consultancy or policy research) require collaboration on written projects, a transferrable skill that is not being nurtured in the current humanities climate. This is perhaps a problem more accentuated in the Oxbridge tutorial system than at other universities, but it is rare to find any humanities module in which any part of the assessment is through co-authorship. Learning to collaborate is part of any career, and is an ability that would be beneficial to foster at undergraduate level.

Obviously collaborative research is not an avenue that will appeal to every academic, nor do I believe that it should or will replace single-author scholarship. But co-authorship should be supported within the humanities as a viable option, rather than a one-off occurrence, if interdisciplinarity is truly to flourish. Universities need to start building environments that are conducive to, and accepting of, group or partnered writing. There are a multitude of avenues to make this a possibility, amongst which might be to introduce co-authorship to a small part of assessment in undergraduate courses. Initiatives such as that run by TORCH to fund interdisciplinary research networks are an encouraging move towards the production of collaborative work, guiding the networks towards interdisciplinary publications. Funding bodies such as this have the opportunity to introduce incentives for collaborative authorship within these publications, providing some funds specifically for multiple-authored projects. But most simply, academics can begin to produce co-authored work themselves. Flourishing interdisciplinary environments are being created in places such as TORCH — the stage has been set, we only now need to act upon it, and extend cross-faculty interaction into the pages of books and journals. 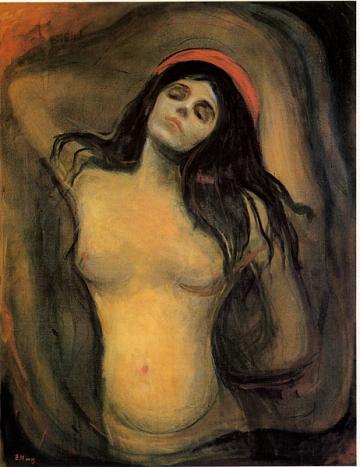