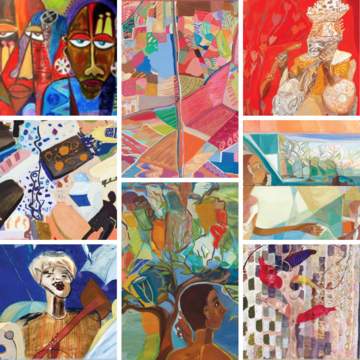 The Busiest Man in Literature Comes to Oxford

Kwame Dawes, a leading voice in African and Caribbean poetry, has been appointed Visiting Professor at TORCH (the Oxford Research Centre in the Humanities).

He will be participating in an exciting programme of events:

This discussion will range widely across a number of critical issues in contemporary African poetry and publishing: the emergence of the American influenced spoken word movement; the connection between activism and performance; the international reception of African poetry as compared to African fiction; and the initiatives being taken to advance African Poetry. Professor Dawes will be joined by JC Niala, Nana Aforiatta-Ayim, and Belinda Zhawi.

Wednesday 28 November 2018, What is a Decolonial Curriculum?

Decolonising the curriculum must mean more than simply including diverse texts. As Dalia Gebrial, one of the editors of the new book, Decolonising the University (Pluto Press, 2018) has written, any student and academic-led decolonisation movement must not only ‘rigorously understand and define its terms, but locate the university as just one node in a network of spaces where this kind of struggle must be engaged with. To do this […] is to enter the university space as a transformative force.’ Participants include TORCH visiting progrssors Supriya Chaudhuri, Kwame Dawes, Jok Madut Jok, Nana Aforiatta Ayim. (This event is now full, but you can join the waiting list).

An opportunity for Oxford graduate students meet Professor Kwame Dawes, multi-award winning poet and leading expert in the poetic arts of African and the Caribbean, to discuss their work.

Friday 30 November 2018, The poetic arts of Africa and the school curriculum

The reform of the secondary curriculum in England in recent years has had the effect - if not the intention - of reducing the diversity of material taught in the classroom and an increasing emphasis on 'canon' and 'Empire' in both English and History teaching. We invite you to join us for an opportunity to hear from Professor Kwame Dawes, the Emmy Award winning writer of fiction, poetry, criticism and essays, on these important issues, followed by another opportuntiy to view the African Poetry Book Fund exhibition from 6pm.

Saturday 1 December 2018, The Poet as Witness: a writing workshop

The workshop will be arranged into three movements:

Craft Talk “What the Poet’s Body Says”; Writing Exercises: “The Historical Present” and “Ekphrastic: The Art of Distraction.” Poets of all levels of experience are welcome, and should come prepared to generate new work and to leave with ideas for many more. The premise of the workshop is that all poetry is first defined by craft, and then by its “content.”

Professor Dawes is Chancellor’s Professor of English at the University of Nebraska-Lincoln, the Glenna Luschei Editor of the literary magazine Prairie Schooner, and a chancellor of the Academy of American Poets.

His many honours include the Forward Poetry Prize for Best First Collection, a Guggenheim Fellowship for Poetry, the Musgrave Silver Medal for contribution to the Arts in Jamaica, the Poets & Writers Barnes and Noble Writers for Writers Award, and a Pushcart Prize. In 2009 he won an Emmy Award for Live, Love, Hope, a multimedia performance poetry and music piece that explores the lives of people living with HIV AIDS in Jamaica.

His works of poetry, fiction, plays, and criticism include: City of Bones: A Testament (2017), Duppy Conqueror: New and Selected Poems (2013); Bivouac (2010); She’s Gone (2007); A Far Cry from Plymouth Rock: A Personal Narrative (2006); and Bob Marley: Lyrical Genius (2003). He is co-founder and programming director of the biannual Calabash International Literary Festival in Jamaica, and founding director of the African Poetry Book Fund, which advances the development and publication of the poetic arts of Africa.

During his residency in Oxford in November 2018, Professor Dawes will launch an interactive exhibition that tells the story of the first five years of the African Poetry Book Fund, showing all that the fund has accomplished in its promotion and advancement of African poetry worldwide. The exhibit has been curated by Professor Lorna Dawes of the University of Nebraska-Lincoln and features the work of award-winning artist Walter Kitundi.

Professor Dawes will meet with students, scholars, teachers, and members of the local community in Oxford to talk about African and Caribbean poetry and literary criticism, university and school curricula, and ways to encourage, support, and promote marginalised voices in poetry. He said, ‘I look forward to the chance to have fruitful conversations about what I believe are exciting times for poetry, especially poetry from Africa. Technology, advanced communication and the challenges of a global worldview present us with challenges and great opportunities. My hope is to bring a holistic view to the discussion of the poetry of Africa.’

Elleke Boehmer, Professor of World Literature in English at the University of Oxford, who is hosting Professor Dawes, said, ‘TORCH is delighted to host Kwame Dawes on our Humanities and Identities programme. Professor Dawes is a true global intellectual with wide ranging interests in the world literatures of the Caribbean, African America, and sub-Saharan Africa. He is currently involved in a history-making project to digitize African poetry past and present and bring this rich archive to global attention in ways that will traverse linguistic and cultural borders and draw in transnational communities of readers.’

Dr Katherine Collins, Leverhulme Early Career Fellow at the Department of Education at Oxford, who is co-hosting the residency with Professor Boehmer, said, ‘Professor Dawes is often called “the busiest man in literature” and we are thrilled he is going to be with us this month. His creativity across a range of different forms, and his ability to communicate his messages to an astonishing breadth of audiences, will make a significant contribution to ongoing discussions between scholars, teachers, and community activists on important issues of representation.’

TORCH Director Professor Philip Bullock said, ‘Kwame Dawes brings a unique perspective to bear on TORCH's Humanities and Identities programme, and reminds us of the crucial role played by art and creativity in the cultivation of a responsive moral imagination.’

The TORCH Humanities and Identities Programme is funded by the Andrew W. Mellon Foundation.