On Friday 3rd February, the TORCH Race and Resistance Programme hosted a talk by Dr Tom Adam Davies, lecturer in American History at the University of Sussex, on the topic of “Mainstreaming Black Power”. The chair was Imaobong Umoren.

The term “Mainstreaming Black Power” refers to the attempts made by politicians in the 1960s and 70s to appropriate the radical movement for black self-determination. As Dr Davies explained, John F. Kennedy began to co-opt the Black Power movement to aid his campaign to resolve the urban crisis of the time. The growing number of poor working class African Americans in inner cities created a ‘tinder box’ of unemployment and poverty which sparked disaffection and rioting. The talk focused on the problems that arose from this approach towards the ‘war on poverty’.

Kennedy had an unshakeable faith in the ability of the American capitalist system to solve inequality. His policies focused entirely on investing in businesses owned by African Americans. To aid these measures, Kennedy sought to engage directly with Black Power militants. He wanted to steer the activists into a direction which he thought to be more positive and provide a better example for the black working class to follow.

In later years, Nixon’s administration took up some of these policies. Nixon furthered the pursuit of ‘black capitalism’, that is, promoting black people’s individual wealth. The strategy of creating black businesses and boosting existing ones created a wealthy middle and elite class of African Americans. Contrary to Kennedy, Nixon’s policy was less to do with civil rights, steering towards a more conservative culture of laissez-fair neoliberalism.

Groups such as the Black Panthers saw the problems of these schemes, which rather than promoting integration with white communities created further division. Dr Davies pointed to the following quote from prominent Black Panther, Stokely Carmichael, who said in 1969, ‘pigs have seized upon [Black Power] and turned it into a rationale for Black Capitalism’.  Inequality between the black middle and working classes was sharpened. Despite an expansion of opportunity for the middle class, working class African Americans – and poor black women in particular - were left behind.

Questions uncovered an interesting gender bias of the mainstreaming of Black Power. Dr Davies spoke about Kennedy’s patriarchal approach to securing equality. He gave the example of Kennedy sacrificing the opportunity to work with a group of over a hundred middle class black female community leaders for the sake of having the involvement of one famous Black Power leader, Sonny Carson. This was in part, Dr Davies speculates, because of Kennedy’s determination that a major cause of the unrest was black men leaving families as an effect of unemployment. He therefore insisted that men had to be included in and leading the projects to reform them with a sense of civic duty to bond them to the home.

Dr Davies explained how the problems caused by mainstreaming extended into the 1990s, a time in which there was an increase of African Americans elected to public office, who found themselves unable to do anything to help the working classes due to a political climate in which public spending on the poorest was impossible to achieve. Money and resources were piled into supporting black businesses while the poorest of society were neglected. To this end, Dr Davies concluded, Black Power only had a positive effect for the middle and elite classes, as money was diverted away from furthering the causes of the working class. The result was a Black Power movement that was manipulated to reinforce white privilege.

Rebecca Shuker is an M.St. student of Women’s Studies at Kellogg College, University of Oxford. 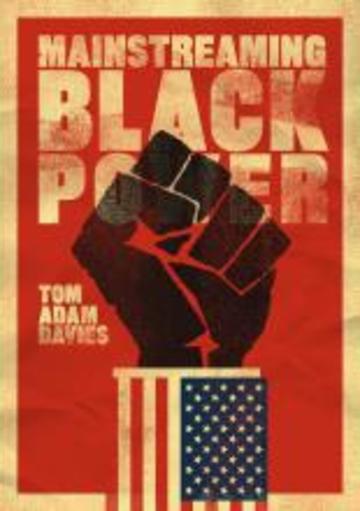