Maurice Blanchot, theorist of the diary?

The Oxford Critical Theory Network (TORCH) is delighted to launch its blog. Today, we have a brilliant guest blog post by Dr Sam Ferguson that muses about the idea of Blanchot as a theorist of the diary form.

If you would be interested in contributing to our blog, please email us at critical.theory@torch.ox.ac.uk with a proposal.

The idea of Maurice Blanchot as a promoter of diary-writing seems, on the face of it, absurd. His work anticipated poststructuralist concepts of the ‘death of the author’ and a loss of the self in writing, concepts that are hard to reconcile with the inscribing of the author’s self in a diary. He also guarded an extreme discretion about his own life, beginning his books with this brief non-biography: ‘Maurice Blanchot, novelist and critic, was born in 1907. His life is wholly devoted to literature and to the silence unique to it.’ Indeed, for Philippe Lejeune (the foremost French critic on autobiography and the diary), Blanchot was the leading figure in a ‘hatred […] of the diary’ in the name of a ‘Mallarméan mystique of literature’ that developed from the 1950s onwards.[1]

Lejeune’s perception is based on Blanchot’s 1955 article ‘The Personal Diary and Narrative’, but it is remarkable just how many of Blanchot’s earlier articles were devoted to specific diary works. Far from condemning the diary, these articles value diary texts precisely because they are situated right on the border between everyday language and literary language, and they therefore manifest the fundamental problems of writing. As such, they play a key role in Blanchot’s development of his thought on literature.

In his 1943 collection Faux pas, heavily marked by the rise of existentialism, Blanchot associates the situation of the writer with a feeling of anguish: an intimation of the nothingness and isolation of existence, which is inevitably betrayed when one tries to express it in the conventional, social medium of language.[2] Of all the works that Blanchot discusses, this ‘problem of communication’ is manifested most clearly in the paradox of Kierkegaard’s diaries, which use autobiographical episodes to reflect on philosophy, theology and other subjects, but also guard a central secret about Kierkegaard’s life that is never disclosed. And already at this stage Blanchot identifies works that bridge the gulf between the everyday concerns of the diary and the impersonality and self-sufficiency of the literary œuvre: Joë Bousquet’s diary Translated from Silence and André Gide’s The Fruits of the Earth.

In the 1949 collection The Work of Fire Blanchot’s attention turns to Kafka. Blanchot appreciates the ‘enigma’ of Kafka’s fictional works, considering them a ‘timeless creation’ and ‘silent œuvre’ that resists any explanation.[3] But again his discussion focuses on Kafka’s diaries, which offer a tantalising glimpse of the space between an incommunicable experience and its explanation or generalisation:

Writing as a critic, his language tends back towards fiction and cannot be distinguished from it.

The Journal is full of comments that seem connected to a theoretical system that we could recognise. But these thoughts only borrow the form of generalisation, while remaining alien to it.[4]

Other articles in the collection discuss diaries by Benjamin Constant, Charles Baudelaire, and André Gide, and these too contribute to the evolution of Blanchot’s ideas about the nature of literature.

The article ‘The Personal Diary and Narrative’, considered by Lejeune as a condemnation of the diary, was first published in 1955.[5] However, when considered as a part of the 1959 collection The Book to Come, it appears more clearly as the culmination of Blanchot’s thought on the diary. This collection also includes a section on Stéphane Mallarmé’s ideal of the literary œuvre, and an important article on Jean-Jacques Rousseau. For Blanchot, Rousseau stands at the beginning of a modern conception of literature, concerned with the central problem of language: an unresolvable dialectic between the supposed immediacy, presence, self-expression, and truth of speech (parole) and the inevitable deferral of meaning, loss of self, absence, and fictions of writing (écriture).[6] This subject would be developed at greater length in Derrida’s On Grammatology (1967). Once again, the diary is situated perfectly, and paradoxically, on this boundary, claiming some of the truthfulness and immediacy of parole but also the vices and virtues of écriture.

Blanchot does indeed condemn naive uses of the diary, by writers such as Henri-Frédéric Amiel who imagine that the writing of the diary redeems the futility of their existence, or writers such as Virginia Woolf who find in the diary a comforting protection from the frightening unknown of truly literary writing, a ‘guard rail against the danger of écriture’.[7] But he also presents the diary as being valuable precisely because it embodies the tension between parole and écriture. Crucially, the comparison with the récit (a first-person fictional narrative) is not used to dismiss the diary as unliterary, but to examine works which have made only a small step away from the diary, towards écriture and fiction: André Breton’s Nadja (1928) and Benjamin Constant’s Adolphe (1816).

The article’s final section questions whether the diary can ever provide a written testimony of the mysterious act of creation (as Kafka’s diary initially seems to do), and concludes that this is impossible, unless the diary becomes that object of creation itself:

If, then, we have an intimation of what the diary of the creative experience might be, we also have the proof that this diary would be just as self-sufficient, as separate, as a completed literary œuvre. For the approach to the secret is even more secretive than the secret itself.[8]

This is a programmatic claim for the diary, and not a merely theoretical one, as Blanchot provides us with yet more examples of success: works by Rainer Maria Rilke, Ernst Jünger, Georges Bataille, and the notebooks of Joseph Joubert.

From Lejeune’s perspective, Blanchot’s crime is to be interested in the diary only insofar as it relates to a questioning of literature, rather than for its merits as truthful writing. Lejeune has done indisputably valuable research on life-writing, and the diary in particular, but he has also dismissed diarists’ real (albeit elusive) experience of the literary, and obscured the importance of the diary in literary experimentation. This relationship between the diary and literature in France is the subject of my new research project, and Blanchot will be both a starting point and a guide on this journey.

Dr Sam Ferguson completed a doctorate in French literature at Oxford University in 2014. Based on this work, he published a monograph on Diaries Real and Fictional in Twentieth-Century French Writing (Oxford: OUP, 2018). He was a Junior Research Fellow at Christ Church, Oxford, from 2014 to 2018. He has taught on a number of courses for the Oxford Faculty of Medieval and Modern Languages. He is now a freelance translator and independent researcher. His current research explores the relation of diary writing to the experience and idea of the literary in France after the Second World War, and uses Maurice Blanchot as a theoretical starting point on this journey. The project includes studies of writing from the HIV/AIDS crisis, and of the use of the diary in experimental autobiographical writing and autofiction. 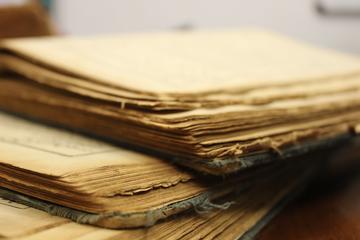