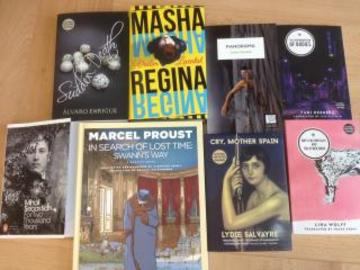 This year’s shortlist includes eight books from an outstanding entry of 127 titles in translations from 26 different languages.

The winner will be announced at the prizegiving and dinner at St Anne’s College, Oxford on Saturday 3 June. This will be the crowning event of Oxford Translation Day, which boasts a varied programme of talks, workshops and readings. Details are available here.

The Oxford–Weidenfeld Prize is for book-length literary translations into English from any living European language. It aims to honour the craft of translation, and to recognise its cultural importance.  It is funded by Lord Weidenfeld and by New College, The Queen’s College and St Anne’s College, Oxford. Click here for further details.