Adrienne Hart is Artistic Director of Neon Dance, an internationally renowned dance company. In 2019 she approached the University of Oxford’s TORCH programme hoping to find a researcher that could support the company’s latest collaborative work “Prehension Blooms”. The work, due to premiere in 2021, aims to integrate swarm robotics in a live performance context.

Following a successful bid for a TORCH Theatres Seed Fund award, Adrienne is now collaborating with Helena Webb, Senior Researcher at the Department of Computer Science, and “Prehension Blooms” will feed into the ongoing project RoboTIPS: Developing Responsible Robots for the Digital Economy. RoboTIPS is a 5-year research study led by Marina Jirotka, Professor of Human Centred Computing, that seeks to foster practices for responsibility in the development and use of social robots.

In this conversation Helena discovers more about Neon Dance’s research and development project and how “Prehension Blooms” will connect to RoboTIPS.

HW: What is “Prehension Blooms” about and how does it connect to robotics?

AH: “Prehension Blooms” is a new performance work that unravels the origins of loneliness and explores how people find companionship and a sense of belonging. I started to research the work over a month-long residency at Porthmeor Studios in St Ives last December. Taking an interdisciplinary and embodied approach, my aim is to create a live performance work that cultivates a sense of connection between audience members and performers through the use of expressive swarm robotics.

HW: What inspired you to focus on this topic?

AH: I started to research the impact modern thinking about the self and society might have on people and communities and became interested in the idea of loneliness as a symptom of modernity. Dr Fay Bound Alberti, co-founder of the Centre for the History of Emotions at Queen Mary University of London, explores this idea in ‘A Biography of Loneliness’ (2019). She states that before 1800 the word ‘loneliness’ did not exist in the English language, arguing that with people tending to live in small communities and believing in God, they were never really alone, even when physically isolated. The word ‘oneliness’ came before loneliness and meant simply the condition of being alone; often contextualised as a religious experience for it allowed communion with an ever-represent God. I’ve since found much inspiration in renaissance paintings at The National Gallery in London including those featuring Saint Jerome, a 4th century scholar and hermit. As legend has it, he spent 4 years living alone in the desert only accompanied by a lion who became a devoted companion after he pulled a thorn from the animal’s paw.

HW: What issues do you hope to address through the piece?

AH: Through the creation of ‘Prehension Blooms’, we wish to address:

- how we can increase the social sensitivity between generations

- how we can improve mental health using robots, AI, dance and visual art

HW: In RoboTIPS, we are focusing on social robots – those that have a purpose to interact with humans. So these themes of the self and the relationships between humans, AI, and robotics are very relevant to us too. What are the first steps for the creation of “Prehension Blooms”?

AH: We are planning to carry out a first ‘sprint' this summer. During this we will:

- deliver a prototype of the swarm robots

- document discussions from older and younger people around companionship and loneliness

HW: It’s very interesting that you will developing robots to use within the performance. Can you tell us more about how you will do this and what the end result might look like? 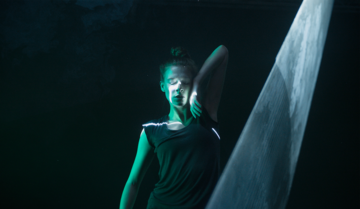 AH: The project sets out to develop wearable and wall based robots/actuators for the hour long production. The team will be scoping, testing, de-risking, researching and exploring multiple creative pathways and potential technological solutions. The project goal will be to deploy the robots/robotic actuators as a decentralised network with the aim of showing swarming behaviour (following, avoidance, self-reconfigurable, modular function) on dancers’ bodies and on performance space walls. We envisage the swarm functioning as a self-contained installation for visitors during the day, responding to both environment and people. During the evening, the swarm will be joined by 5 contemporary dance performers from Neon Dance. The project may include - but is not limited to - design of wearable soft robotic actuators, sensing and communication between agents for decentralised control, sensing and responding to behaviour of human performers e.g. motion/biometrics. We are interested in weaving local natural materials into the creation of the robots and drawing from the lived experiences of local people to both inform and inspire the work.

We are currently testing two possible ways forward, the first is in motion tracking, using inertial sensors and using motion detection from multiple performers or members of the public using wearable sensors as decentralised inputs to a swarm-inspired visual output. The second involves exploring how decentralised performers can be tracked and fed into a series of small robots operating magnets; each performers movement directing the motion of a magnet on / under a bed of sand; the magnets drawing lines to carve out a narrative.

HW: There are so many connections to RoboTIPS here. As a project embedded in the Responsible Innovation approach, we are very committed to providing opportunities for stakeholders of various kinds to express their views and talk about their lived experiences. We are interested in exploring the processes of design and development: what human decisions are made at different stages in these processes and how do they involve an intertwining between the technical and the social? We are very excited to have this collaboration with “Prehension Blooms” and look forward to contributing to your discussions as well as seeing the performance! Thank you for your time Adrienne. 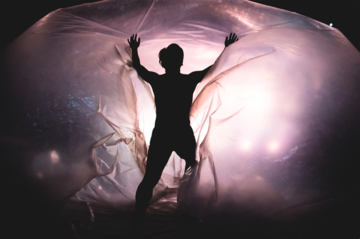