In this piece, Hasnul Djohar discusses the work of one of the authors she is studying for her PhD at the University of Exeter, which is on the topic of race, culture (food and music), and orphanhood in contemporary American-Muslim Women’s Writing. The other authors are Mohja Kahf (Syrian-American), Shaila Abdullah (Pakistani-American), Diana Abu-Jaber and Randa Jarrar (Palestinian-Americans).

Having a ‘terrorist hunting license’ and hating Arabs are two very different things, Agent Fletcher. I think there is a good percentage of this country that feels the way Evan did, scared and at the same time tough against an unknown enemy (Halaby: 231).

Once in a Promised Land (2007) is written by Laila Halaby, a Palestinian-American woman writer. This text is one of many contemporary American-Muslim novels discussing the oppression of American-Muslims after 9/11. It describes the struggle of a Muslim couple, Salwa and Jassim, who experience marginalisation and discrimination while living in the United States in the aftermath of 9/11.

The novel begins in September 2001, when Salwa, the protagonist, sends $14,000 to help her family in her homeland of Jordan. However, this money transfer is used by the FBI to accuse Jassim of funding terrorists. Here, money is a symbol of how race and economics work together to marginalise Muslims who are, seemingly, not allowed to be rich and to help their family, but are merely assumed to have a link to terrorism. The FBI frequently interrogates Jassim simply because he is an Arab and a Muslim, who works as a hydrologist at Tucson city water in Arizona: “Why did she send fourteen thousand dollars to Jordan on September twelfth” […] “Did you ever meet any of the hijackers personally?” (Halaby: 232-233).

Once in a Promise Land ends with Salwa and Jassim’s returning to their homeland, Jordan, after Salwa is attacked and Jassim is fired because of anti-Islamic hate crimes. Salwa and Jassim’s struggle for equal human rights is further evidenced by the discrimination they both experience at their workplaces. Jassim’s co-workers, Bella, who is a right-wing Christian, reports him to the FBI, claiming that he is suspicious and has a link to terrorists. Throughout this novel, Halaby describes how American-Muslims are not only oppressed and discriminated against, but also hunted because of anti-Muslim racism. The FBI questions Jassim: “Are you familiar with this? Agent Fletcher put in front of Jassim a photograph a skateboard covered with stickers that read “Terrorist Hunting License” (231).

By using the powerful metaphor of the “Terrorist Hunting Licence,” Halaby emphasises how American-Muslims are not only hunted like animals, but also captured like slaves leading them to lose their own identity in Once in a Promised Land. In this novel, American-Muslims are associated with terrorism in order to legitimate American authorities, including the FBI, to hunt them like animals and to imprison them like slaves. Thus, Halaby contest anti-Muslim racism in the US, which apparently becomes “American blindness” that perpetuate the negative labels and slogans for American-Muslims that work to detach them from American belonging.

Hasnul Djohar is a a PhD Candidate in American Literature at the University of Exeter and a lecturer at Syarif Hidayatullah State Islamic University, Jakarta, Indonesia. Her research focuses on race, culture (food and music), and orphanhood in Contemporary American-Muslim Women’s Writing.

Voices Across Borders is always looking for new Race and Resistance Research Programme members to contribute to this blog. If you would like to write a piece, or if you have a response to a blog entry you have read here, please e-mail the blog editor, Tessa Roynon, on  tessa.roynon@ell.ox.ac.uk.  From October 2017, Anne M. Castro will take over the role of blog editor. 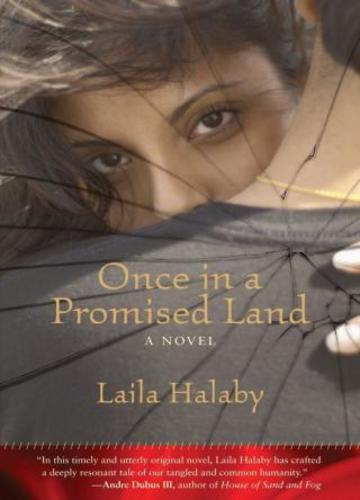