Shadows of the Digital Age

This is an edited extract from Chris Fletcher’s address at the 'What Does it Mean to be Human in the Digital Age' discussion, which has also been published on the Oxford University Press Blog. Watch the video of the discussion here.

The Bodleian recently launched a festival celebrating drawing. As part of this, the artist Tamarin Norwood retreated to our Printing Workshop, turned off her devices and learned how to set type. She proceeded, in her inky and delightful way, to compose a series of Print Tweets. At the end of the day, she launched Twitter and shared with the world what she had done. For the eight hours she was offline, it must have felt lonely being digital in our human age. The shadows of the digital age have us looking – even longing for – the tangible. We seek to embrace what the artist and poet David Jones described as the ‘actually loved and known’.

I see the implications of this every day in the Weston Library, where we house almost 40 kilometres of rare and unique material. We teach increasingly from objects to satisfy the academic and student appetite for material culture. While we digitise in order to share collections and offer practical surrogates, we remain alive to the demand for the artefact which digitisation often stimulates. A scholar recently requested access to a collection of children’s games, images of which were readily available. How otherwise, she argued, could she assess patterns of use? Our exhibitions draw larger and larger crowds, and our reading rooms have never been busier – indeed last year, across the Bodleian libraries as a whole, we saw a 7% increase in physical visits.

When pursuing new acquisitions from specialist dealers, we have to compete harder and faster with peer institutions. It is a relief when an electronic sale catalogue lands in the inbox first thing in the morning, because it gives me a jump on sleeping competitors across the pond. The print catalogue, interestingly, continues to thrive despite its declining commercial utility. The things that get snapped up the quickest are those which, if you like, have a concentrated thingness. We recently had to fight hard at auction for a copy of John Aubrey’s Miscellanies annotated by his friend Robert Hooke.

Thankfully we didn’t have to compete for a recent donation of over 1500 games and puzzles dating from as early as 1791. The public interest generated by this collection has been considerable. Until 6 March people can visit our current display of a selection of these, including Suffragetto, an apparently unique strategy game of 1917, in which the police and suffragettes compete to take control of the Albert Hall and the House of Commons.

Outside the library we see vibrant sales of vinyl and a wide variety of 35mm film. Spotify, the audio streaming service, now offers its subscribers its own version of the mix tape – that old-fashioned way of anthologising music, often as tokens of friendship or love.

Digital algorithms are seeking to emulate the human heart. People demand the online stuff, but they cherish what’s offline.

It’s interesting looking at trends in our legal deposit intake – that is, the books that UK publishers are obliged to send us under legislation. They can elect to send copies electronically now, and an increasing number do so, particularly academic publishers. Oxford University Press sends in both formats, for which we are grateful. But alongside the rise in electronic deposit, we are seeing a renaissance in new titles with high production values and alluring often self-referential design. Those slyly nostalgic Lady Bird books for adults could never be given or received for Christmas digitally.

A satisfaction in the durability and relevance of the analogue does not, of course, mean that the opportunities and challenges represented by the digital should not be fully embraced. Our digital stock across the libraries is on the increase, purchased as well as deposited, and we have a particular responsibility to meet the needs of those researches whose library spaces are defined more in the virtual than the physical sphere, and whose texts are streamed rather than bound.

But if some forms of content are shifting towards the electronic, digital also enables new means for the interpretation of the analogue materials we continue to value so much.

We recently announced the acquisition of a long-lost poem by Percy Shelley, printed in Oxford in 1811 but never actually seen until the only known copy resurfaced in 2006. In order to protect its commercial potential – absolutely locked into its analogue status – the dealer handling it embargoed any form of access. When we finally got hold of it we were able to digitise and encode it and offer it up freely to the world.

Such enabling opportunities abound. We are undertaking mass digitisation of Greek and Hebrew manuscripts to add to the millions of images already shared. We teach electronic editing of documents and seek ways to exploit increasingly sophisticated innovations – for example, using image-match technology to trace genealogies of print and at some point, we hope, to identify and collate handwriting spread across a large corpus of material.

Facilitating this deeper understanding of the analogue through innovative digital tools forms an increasingly important element of our work. But I want to come back to and conclude with the question of digital content and in particular the challenge of its preservation.

Early on artists and writers seized upon the new media’s potential to subvert notions of permanence embodied in the book form and enshrined by collectors, curators and librarians. One of the most notable examples is Agrippa A Book of the Dead.

This project, dating from 1992, was a collaboration between the writer William Gibson, the artist Dennis Ashbaugh, and the publisher Kevin Begos. Their intention was to create a physical book whose images were designed to fade and whose embedded floppy disk played a poem which ate itself as it scrolled along. You see here that the typographical structure imitates that of the Gutenberg Bible – although the text in this case gives us the genetic make-up of the fruit fly. Satisfyingly, the experiment was not wholly successful. The self-immolating verse escaped onto the web; the ink fading technology was never, I think, achieved beyond prototype; and collectors, curators, and librarians now carefully conserve examples of the very book intended to mess with their heads. Our two copies were generously presented by Kevin Begos a few years back and exert a powerful presence in seminars on material culture.

The digital obsolescence Agrippa set out to achieve has, of course, been happening on a massive scale; and I echo an observation made recently by Vint Cerf of Google that unless we all ramp up our efforts to capture, preserve and make accessible the born digital traces we increasingly generate, future historians are going to struggle.

In particular, I am thinking of the sorts of materials we would term special collections in the analogue world: ephemera, corporate records, correspondence, diaries and archives detailing our social networks. It is interesting to note that just this week Friends Reunited wound up business. What is happening to the data accumulated by that social network – perhaps, through its re-match making, the very genesis of a number of people reading this piece?

We collect the archival paper record of Oxfam (ten thousand boxes and counting), but the accruals of material are increasingly electronic. The collections of contemporary scientists come with datasets and their correspondence usually exists only in the cloud. We can trace the history of the Marconi Company through the physical records we hold – but where do we look to explain the financial crash from the inside out? How do we reconstruct the electronic unfurling of the Arab Spring? The Library of Congress has recently risen to the challenge of collecting Twitter and we must see how that works out.

The Bodleian made a start some while back. We harvest websites and extract emails and files from obsolete hardware. We are training up a new generation of Digital Archivists equipped to make incursions into the ether. But there is a great deal more to do. I accept to some degree the Darwinian position that what will last, will last; and acknowledge that the delete button can be a valuable friend. But as the present rages with debate about what we choose to remember or forget of the past, I still believe we need to leave the future something to think about.

After all, we’re curious. Human. 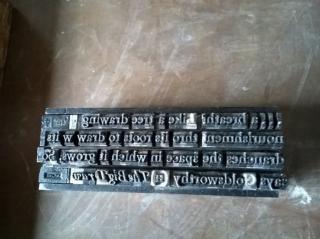