Spaces, Bridges, Encounters: A collaboration between the Universität der Künste Berlin and the University of Oxford

Since the beginning of 2020, Oxford in Berlin and the Oxford Research Centre for the Humanities (TORCH) have been exploring with the Universität der Künste Berlin, the development of a research “bridge” between UdK Berlin and the Oxford Humanities. The underlying concept has been one of the exploration of new methodologies, new modes of representation, and new uses of language that are applicable to the Arts and the Sciences alike. A series of projects, drawn from UdK Berlin and the TORCH research networks have brought together researchers and artists in both locations to discuss and develop the potential in a range of exciting academic areas. Several confront explicitly some of the most pressing issues facing the world and humanity. 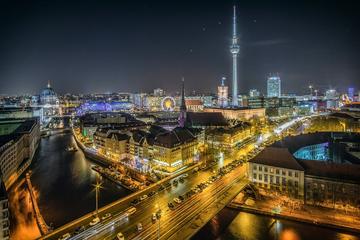 An initial workshop to take place in Berlin had been planned for April 2020, but given the restrictions in travel arising from the current pandemic, this was replaced by a series of online meetings, in which each institution’s researchers could engage with those from the other, setting out their main interests and directions of art and research. The series culminated in a two-hour digital workshop on Friday 26 June, designed as a prelude to a physical workshop currently scheduled to take place on 27th and 28th October in Berlin. The digital meeting took place using UdK Berlin’s own Medienhaus platform, an open source digital education research project, which facilitated both a plenary session and a window when participants were able to explore existing and potential research collaborations within a number of digital sandpits.

The plenary session allowed us to showcase several of the projects in greater detail. These included a discussion on the journalistic and political writings of Walter Benjamin; an aspect of Oxford’s Climate Crisis Conversations, entitled “Animal eyes on the planet”; an opportunity to explore “Ancient Rome through immersive technologies”; and “WillPlay: messaging with Shakespeare. Chat. Play. Learn”. The workshop finished with a breath-taking performance of “Sound Frame Work” from UdK Berlin’s College of Music.

In addition, the digital sandpits allowed participants to explore, inter alia, what the Society of Contagion might sound like; Classical Virtues in the Digital World; Image and Thought; and Life Itself (under Lockdown).

For the meeting later this year in Berlin, UdK Berlin will be making available a flexible framework for individual presentations, workshops, installations, performances and social engagements between interested researchers, artists, designers, scholars and students, as a prelude for further encounters and projects. University members are most welcome to participate over the summer, with a view to taking other joint projects forward, possibly as part of the scheduled visit to Berlin in October. 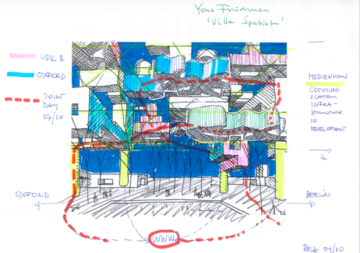 “For the last twenty years neither matter nor space nor time has been what it was from time immemorial. We must expect great innovations to transform the entire technique of the arts, thereby affecting artistic invention itself and perhaps even bringing about an amazing change in our very notion of art.” Paul Valéry, La conquête de l'ubiquité, 1928