The Archive, the Canon, and C.L.R. James's Dramas

The Archive, the Canon, and C.L.R. James’s Dramas

While working through the University of Hull’s archives on the British Trotskyist Jock Haston in 2005, historian Christian Hogsbjerg serendipitously discovered Afro-Trinidadian intellectual C.L.R. James’s original playscript for Toussaint Louverture: The Story of the Only Successful Slave Revolt in History. Written in 1934 and performed for three nights at London’s Westminster Theatre in 1936, Toussaint Louverture dramatizes key moments in the San Domingo, or Haitian Revolution of 1791-1804. The play predates James’s better-known prose history of the Revolution entitled The Black Jacobins: Toussaint L’Ouverture and the San Domingo Revolution, as well as his 1968 drama co-written with Dexter Lyndersey of the same name.  Eight years after Hogsbjerg’s discovery of the typed manuscript, James’s full original play was published for the first timas part of Duke University Press’s C.L.R. James Archives.

Upon first encountering the 2013 publication, I was taken with the amount of pages the volume devotes to historicizing and promoting the play. The book’s robust paratext, that is its packaging and supplemental materials, discusses the drama as a critical piece of the James archive, specifically his collection of historical writings. The play is textually framed by historical documents and analysis, and praised for its ability to teach us of the historical James and his methods of historiography before the well-known Black Jacobins. This editorial approach makes sense considering James’s public interest in amending the anti-Black histories that circulated about the Haitian Revolution in the early 20th century.

I perceive a similar emphasis on the textual archive in the content of the play itself, but with a few possible divergences. The thread connecting James, Duke UP editors, and I argue the plot of Toussaint Louverture, is the assertion that creating a complete archive has cultural value with the potential of shifting relative systems of contemporary power. James’s Toussaint Louverture appears to read and write himself into power in the drama. Louverture’s fight for the liberation of mulatto (and later all non-white) residents of the island appears to arise out of his dedication to the Western historical archive and the narrative of humanistic freedom promoted in the philosophical canon of French Enlightenment.

With all of this in mind, how do C.L.R. James’s own writings on historiography and the Western canon, the plot of the 1934 Toussaint Louverture, and Duke UP’s 2013 publication of this playscript illuminate our current theorizations of the historical archive and the literary canon?
While my work on this play is still in process, I have greatly benefited from conversations with those involved in Oxford’s Race and Resistance and the Long Twentieth Century and the African American Intellectual History Society Conference this March.

Anne Margaret Castro is an Andrew W. Mellon postdoctoral fellow in Literature of the Black Americas at the University of Oxford. 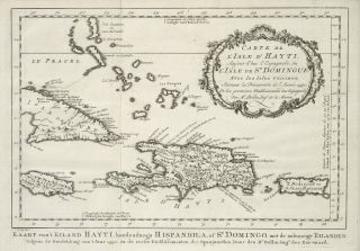