Part 2 of 4: The Great British Baking Show, Nursing, and the Philippines

Hall’s words and those of my parents overlapped and transformed from theory and into embodied practice when I began Season 3 of The Great British Baking Show (otherwise known as Series 6 of The Great British Bake-Off in the U.K.) on Netflix as my evening treat after long teaching and writing days last fall. Having watched two seasons of the baking competition, I knew the show implicitly acknowledges—though does not critically examine—Britain’s imperial history through its casting of bakers such as Chetna Makan (born in India) and Ruby Tandoh (whose paternal grandfather is Ghanaian). But seeing Alvin Magallanes, a nurse born in the Philippines, among the cast of twelve bakers in Season 3 did not readily fit into the narratives that I study (and also write) about the aftermaths and afterlives of colonialism.

Magallanes is introduced as a nurse living in Bracknell, England with his wife and two children. The link between the Philippines and the nursing profession dates to the early twentieth century. During this period, U.S. imperialism formally began after the 1899-1902 Philippine-American War, a conflict that followed the 1898 Spanish-American War. Spain’s loss had entailed a shift from Spanish imperialism to U.S. economic, military, and political presences in the Philippines, Guam, Puerto Rico, and Cuba—albeit in different ways.[1] In the armed conflict between the Philippines and the U.S. that followed, the former fought for its self-determination and independence. As Catherine Ceniza Choy shows in Empire of Care: Nursing and Migration in Filipino American History, the ubiquity of nurses from the Philippines in other countries is intimately linked to colonialism. Choy examines the years following the Philippine-American War and highlights how “[a] culture of U.S. imperialism informed the creation of an Americanized training hospital system in the Philippines,” in turn cultivating an interdependent relationship marked by racial hierarchies and a migratory flow of Filipina nurses to the U.S. Following changes in U.S. immigration law in the 1950s and 1960s, the numbers of nurses from the Philippines increased dramatically.[2] Choy’s study primarily focuses on the U.S. and Filipina nurses, but also notes that countries such as the U.K. and Canada increasingly depend on nursing professionals from the Philippines.[3] Indeed, a 2006 report from the Migration Research Unit at University College London notes that work permits in the U.K. to individuals from the Philippines jumped from just 66 in 1995 to 6,772 in 2000.[4] 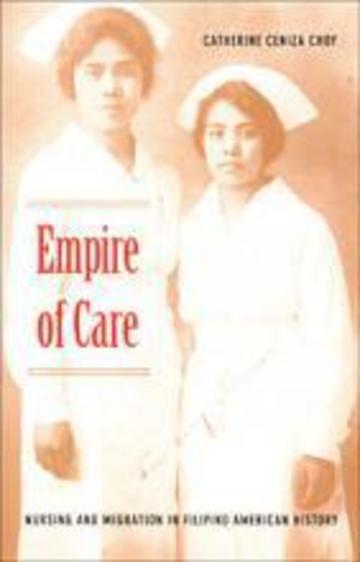