The Jewish Country House in Europe

Abigail Green’s work takes country houses as a starting point for opening up a broader intellectual agenda at the interface between Jewish history, art history and heritage culture. In partnership with the National Trust and Historic England, Abigail’s first Knowledge Exchange Fellowship enabled her to begin telling the wider Jewish histories behind many British country houses, working principally with Jewish country house museums in the UK to interpret these properties within the context of a European Jewish elite.

Abigail observes that, ‘we cannot understand the houses, the people who lived in them, their relationship to their other houses, or the world in which they operated, without considering the Jewishness of these people. Many of these historic properties didn’t really have the tools to understand what that meant, or the confidence to tell the Jewish stories attached to their properties, and to understand them.’

The project aimed to transform the practice of the partner organisations. Volunteer training sessions were held at key properties, while five National Trust locations and three further historic houses participated in the European Days of Jewish Culture for the first time. These efforts helped to develop both an intellectual framework and concrete resources for academics and heritage professionals.

An extended KE Fellowship for 2018–19 enabled the initiative to expand into continental Europe, now joined by the European Association for the Promotion of Jewish Heritage and Culture. Abigail explains that, ‘the key focus of the European activities was a Knowledge Exchange conference involving key European partner properties, hosted at Villa Kerylos by the Centre des Monuments Nationaux, where a European Jewish Country House Network was launched.’ The project now has in the region of £1 million in funding from the Arts and Humanities Research Council, and will continue to be developed over the next four years, with many more organisations joining in.

Abigail learned a great deal through her Knowledge Exchange Fellowships. ‘Working with the heritage sector’, she comments, ‘has transformed the way I understand my field, exposing me to huge amounts of material that has not been structured by the academy, and forcing me to think about it in entirely new ways. After 20 years as a Tutorial Fellow teaching so many wonderful students, it’s also been refreshing to diversify what I do, acquire new skills like team leadership and fundraising, and stretch myself professionally in new ways.’ 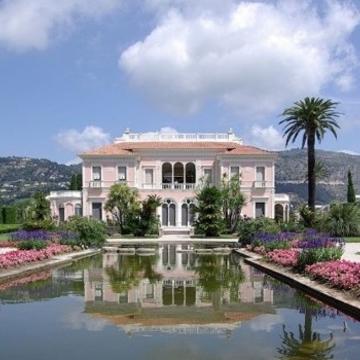