The Psalms in Anglo-Saxon and Anglo-Norman England

Recent Publications by Members of the Psalms Network 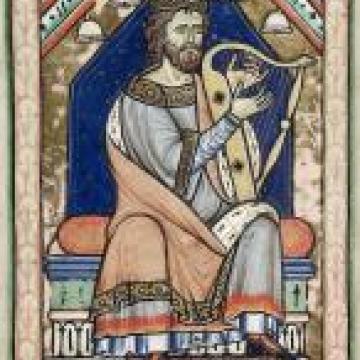 Scholarly interest in the role of the Psalms in early medieval England has never been higher, with the recent publication of M. J. Toswell’s The Anglo-Saxon Psalter (Turnhout, 2014), Annie Sutherland’s English Psalms in the Middle Ages, 1300–1450 (Oxford, 2015) and The Psalms and Medieval English Literature: From the Conversion to the Reformation, edited by Tamara Atkin and Francis Leneghan (Cambridge, 2017).The essays collected in this issue complement these studies, highlighting links between pre- and post-Conquest English religious life.

Susan Gillingham : Psalms Through the Centuries

Tamara Atkin and Francis Leneghan, editors of The Psalms and Medieval English Literature

Helen Appleton and Francis Leneghan, editors of The Psalms in Anglo-Saxon and Anglo-Norman England.