DPhil Candidate Hannah Greenstreet successfully applied for the Theatres Seed Fund 2018/2019. Here, she reports back on her collaborative project with Pegasus Theatre.

How do you adapt an ancient play, of which only fragments survive, for a modern audience? This was the research question that I set out to explore in my reimagining of Euripides’ Andromeda, along with theatre director Charlotte Vickers, and colleagues Martina Astrid Rodda and Dr Marchella Ward from the Classics department. We collaborated with dramaturg Frey Kwa Hawking and actors Rosie Gray and Ashling O’Shea in a ten-day research and development period.

Alongside my DPhil research into contemporary feminist theatre and form in the English faculty, I am a playwright. The Theatre Seed Fund therefore provided a wonderful opportunity to bring my writing and research together to explore the politics of theatrical form in practice. There is growing scholarly interest in the fragment as a form in Classics. Our practice-as-research had a slightly different emphasis, focusing on what would be most engaging for an audience rather than seeking philological completeness. The R&D period gave us the space to explore the ambiguities in the source material and experiment with alternative ways of using fragments.

Before the workshop period, Astrid produced a new translation of the 44 surviving fragments of Euripides’ Andromeda, which vary in length from an exchange of dialogue to a line or a phrase. Euripides’ play starts with Andromeda, tied to a rock, about to be eaten by a sea monster when Perseus rescues her, which is also the part of the play with the most extant text. However, the real conflict in Euripides’ play was around whether Andromeda should be allowed to marry Perseus; her father Cepheus, the king of Ethiopia, objected because Perseus, a Greek, was a stranger from outside their culture. When we started the project, Charlotte and I decided that we wanted to create a queer adaptation of Andromeda – partly as part of a commitment to telling LGBTQ+ stories in our creative work, and partly because the fear that parents might disapprove of one’s relationship is a common experience for LGBTQ+ young people.

In my play (also called Andromeda), the Andromeda myth is paralleled with the story of a modern relationship between two young women at university: Andi, who is British-Pakistani, and Percy, who is Greek-British. Like Andromeda, Andi is stuck; over the course of the play, she realises that she is bisexual but does not think that she can come out to her parents. Percy, a classics student, is a Greek myth nerd; one of the things that brings Percy and Andi together is finding themselves in and exploring their identities through the Andromeda myth. Adding the contemporary story-line has allowed us to grapple with more problematic ideas of race and gender connected to heroism in the Greek myth; in our version, Andi challenges Percy on her saviour complex. The process of workshopping the script has also allowed us to explore how different ways of telling a story affect the story that gets told, and the relationship between storytelling and identity.

Given the subject matter of exploring identity, it is important to us to engage a young audience with the play – and, through it, Classics. Because of their expertise in creating theatre by, for and with young people in Oxford, Pegasus Theatre was the obvious partner in this. We worked with Nadia Rich to design and deliver a drama writing workshop for young people, which recreates some of our research and workshop process. Participants use fragments from ancient Greek plays to create their own short pieces, culminating in writing a monologue. The monologues will be collected in an anthology, creating a new collection of ancient and contemporary fragments.

Andromeda will be performed at Nottingham Playhouse as part of Amplify Festival on Saturday 19th October at 5pm. Tickets here: https://www.nottinghamplayhouse.co.uk/whats-on/drama/andromeda-and-me/. 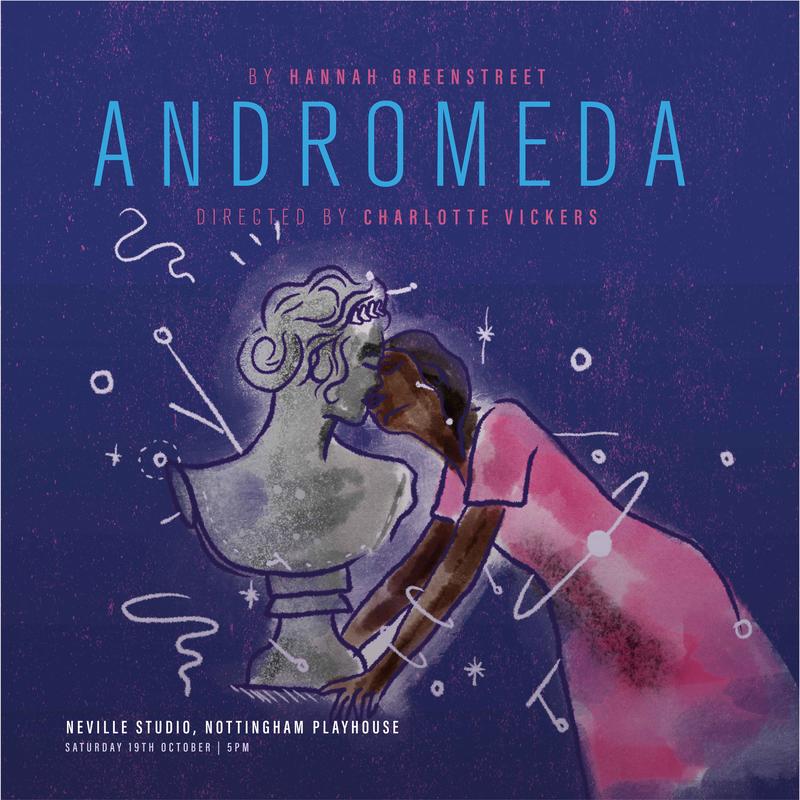 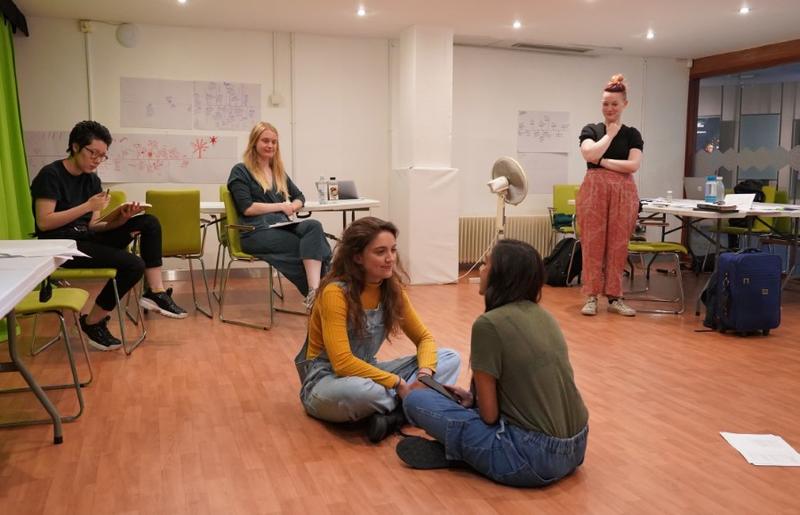