Women, Authorship, and Identity in the Long Eighteenth-Century: New Methodologies

Joanna Raisbeck and Kelsey Rubin-Detlev report on 'Women, Authorship, and Identity in the Long Eighteenth Century: New Methodologies' workshop which was held on the 17 June 2017 and was supported by the TORCH Humanities & Identities Conference and Workshop fund.

Thanks to the generous support of a TORCH ‘Humanities & Identities’ Conference and Workshop Award and of the Oxford History Faculty’s Sanderson Fund, ‘Women, Authorship, and Identity in the Long Eighteenth Century: New Methodologies’ was a great success.

Susanne Kord (University College London) began the day with an exhilarating keynote lecture tracing the ways in which female authorship has been erased since the eighteenth-century: whereas female pseudonyms were entirely normal and held a range of possible meanings for eighteenth-century readers, in the nineteenth century the overwhelming majority of women sought to hide their gender identity behind male/increasingly masculine names. At the same time, literary histories through the twentieth century progressively reduced the amount of space devoted to women who had once been among the most prominent writers of their time. This talk and the subsequent discussion left all participants with a renewed sense of purpose in studying and re-evaluating female writers.

The first panel built on Professor Kord’s talk in examining the ways in which the female identity of an author might be obscured, exploited, reinvented, or even fabricated. The panelists, Ros Ballaster (Oxford), Kim Simpson (Southampton), and Delphine Fayard, explored not just the possible reasons why both male and female authors might assume female pseudonyms, but also how a known female writer might project herself into her texts. Their presentations cautioned us against projecting our own notions of gender prejudice back onto the eighteenth century: while stepping into the public sphere was a risky business for women, it could also open up a space in which the fluid identity of the authorial persona could be central to the creative work of literature.

The second panel examined more specifically a variety of identities that women took on as authors in the eighteenth century, including the erudite traveller, the philosopher, and the critic. The presenters, Regina Schmid (Herriot Watt University), Claudia Georgi (Göttingen), Paul Kerry (Rothermere American Institute, Oxford), and Natasha Simonova (Oxford), also highlighted the ways in which gender intersects with other key issues such as colonial power, political liberties, and social class.

The final panel examined one of the key impediments to better understanding female writers: the availability of their texts. Each of the presenters, Christine Gerrard (Oxford), Kathleen Keown (Oxford), and Cathryn Charnell-White (Aberystwyth), examined the ways in which women’s poetry has reached readers from the eighteenth through the twenty first centuries. The discussion between the panellists and the audience highlighted in particular questions of how an anthology or poetry collection might shape or distort an author’s identity, and what the merits of digital and print media are for publicising the work of women writers.

Overall, the conference produced a genuine buzz of discussion and enthusiasm for the topic, as synergies arose between papers and research interests. The day’s presentations confirmed for all involved the importance of studying oft-forgotten female writers and offered motivation for continuing to develop engaging and innovative methodologies for doing so. Since the conference we have received several enthusiastic thank-you notes from many of the attendees and have continued to exchange articles, references, and ideas with some of them.

In conjunction with the conference, we also organised and curated an exhibition on eighteenth-century women’s writing, entitled ‘The Unnatural Life at the Writing-Desk: Women’s Writing across the Long Eighteenth Century’, in the Voltaire Room at the Taylor Institution. We were assisted by Benjamin Shears, an M.St. student in Modern Languages, in putting together the cases for the exhibition. The exhibition, which was initially scheduled to run alongside the RECSO conference, was extended to encompass the Women in German Studies’ Open Conference (22nd-24th June), where we gave the conference delegates a tour of exhibition, and has even been further extended to the end of July so that the exhibition can be shown to the school pupils attending the UNIQ summer school in German and French.

We would also like to thank the TORCH Network Romanticism and Eighteenth-Century Studies Oxford (RECSO), and in particular Anna Senkiw and Adam Bridgen, for their help before, during, and after the conference. 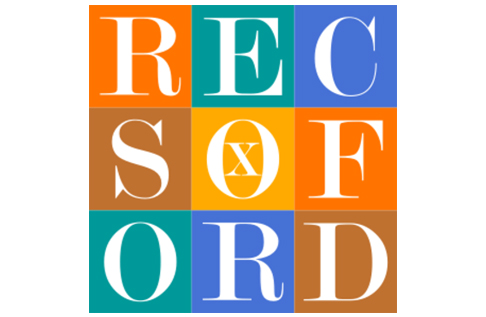