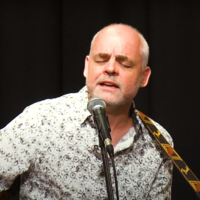 Cantat Ergo Sumus is a project which will be undertaken in conjunction with local band Flights of Helios.

Having written and performed music since the late 1980s, I now wish to bring this part of my life into more direct contact with my life as a research academic. The aim of the project is to increase awareness and interest in philosophy through performance and the recording of original songs based on the work of famous philosophers throughout history. The main target group for the project is young people (15-35) who have little or no exposure to philosophy.

Flights of Helios are one of Oxford's most popular bands and their music has also received national acclaim and exposure at festivals such as Glastonbury and through airplay on BBC 6 Music and Radio 2. Flights of Helios and I performed three of the songs from Cantat Ergo Sumus at Oxford's Offbeat Festival in June 2019 as part of TORCH's Life and Death show.

The project will include production and promotion of studio recordings, public performances and other dissemination.