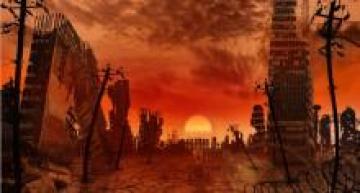 The concepts of 'Crisis' and 'Apocalypse' have rather abruptly recently resurfaced on our secularized horizons; yet, they have never been completely absent: merely, one could argue, in recession from our prevailing belief in ‘progress’. From meditations on a ‘last man’ in Victorian England to Gunther Anders’ writings on the nuclear threat in the 1950s, from Eighteenth Century literature on ruins to ISIS today, these themes seem to be inextricably bound to Modernity and our experience of it.

Indeed, within the context of the 'historicization of our experience of time' (Reinhart Koselleck) and the concomitant acceleration of the latter since the advent of Modernity in the 17th and 18th centuries, experience and expectation have become increasingly divergent. In fact, the future has stopped appearing as an unequivocal source of optimism, often instead presaging considerable uncertainty: in the words of French philosopher Myriam Revault D’Allones, crisis has emerged as an ‘absolute metaphor of the contemporary age’.

Furthermore, the prospect of the end of times has continued to loom over our heads, the fragilization or dissolution of each particular order often heralding ‘the end of all things’ (Kant) and the world itself. In these cases, the future has appeared closed off and predetermined as if it were already operating in the present; this has often had the effect of limiting human agency and political action.

These topics are more timely than ever, and yet, there is no specially dedicated research centre or academic journal. The proposed network seeks to remedy this situation.

The 'Crisis, extremes and Apocalypse' research network was created in September 2016 under the aegis of the Oxford Research Centre in the Humanities (TORCH) and aims to shed as many perspectives as possible on these themes (from music and philosophy to Islamic violence passing by Brexit, debates in early modern epistemology, the use of rhetoric and even artificial intelligence). It also seeks to approach them meta-critically and understand their various deployments.

In addition to a year-long seminar series in Oxford bringing together scholars from a wide range of disciplines, the 'Crisis, extremes and Apocalypse' research network will also be hosting workshops on specific topics (including technologies of the future, Intellectual History and Terror during the French Revolution) as well as talks from several high-profile speakers throughout the year from and outside Oxford.

The CEA research network also runs a blog featuring interviews with and 'Insights' from experts from across the world.