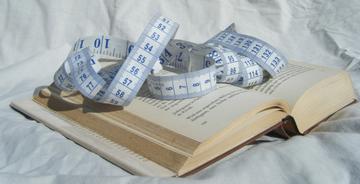 Media images, especially of the female body, are widely thought to play an important role in how eating disorders develop and are experienced by individuals. But literary depictions of eating disorders, body image, and broader questions about values and identity are much less well understood. Emily Troscianko partnered with Beat, the UK’s leading eating disorder charity, to investigate the connections between literary reading and mental health, with a focus on eating disorders.

Emily drew on her previous research investigating how textual features like descriptive style or shifts in narrative perspective shape the ways in which readers respond to literature to create a survey with Beat, asking respondents about their experiences with literature and eating disorders. Nearly 900 people replied, providing such an extensive dataset that Emily was able to write two journal articles (published in the Journal of Eating Disorders and Medical Humanities) and two book chapters based on the findings. The survey responses illuminated important differences between literature whose characters explicitly experience eating disorders (which were generally reported to have negative effects on dimensions including mood, self-esteem, feelings about your body, and diet and exercise habits), and the more complex but generally neutral or positive impacts of the types of other fiction respondents reported enjoying, which may shape conceptions of body image and individual identity in more complex and indirect ways. In simple terms, the upshot was clear: if you have an eating disorder, reading books about other people who have eating disorders is likely to do you more harm than you think.

Emily reports that one of the most sobering finds reported by survey respondents was the practice of ‘self-triggering’, where individuals deliberately seek out fiction or memoir (often specifically fiction or memoir about eating disorders) to make themselves more ill. This phenomenon ‘urgently needs more exploration’, Emily writes: ‘what motivates it, what are its effects, how can it be undercut?’ These are questions under investigation in Emily’s subsequent research, which has included running a reading group to explore how literary impacts change when fiction read aloud and discussed in a group, as well as expanding into exploration of social media engagement as another context in which textual reception and creation can become pathological, or the opposite.

You can find out more about the resulting publications and related writing and research under the News and Blog tabs, or on Emily’s website, here. Image copyright: Dr Emily Troscianko.