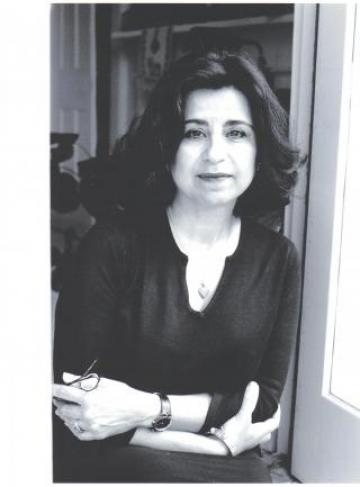 Ahdaf Soueif, Paul Smith and Robin Kelley will discuss the active role of the humanities in addressing contemporary crises, drawing from their own experiences before opening up the discussion and inviting audience questions.

To guarantee a seat please register by visiting our Eventbrite page(remaining seats will be available on the day on a first-come, first-served basis).

This is part of Activist Humanities in the World, a conference partnered by SOAS, TORCH and UVA, and supported by the British Council, bringing together 30 leading scholars from every (peopled) continent to discuss the active role of the humanities in a comparative and connected global context.

Ahdaf Soueif is the author of the bestselling The Map of Love (shortlisted for the Booker Prize in 1999 and translated into more than 30 languages), as well as the well-loved In the Eye of the Sun and the collection of short stories, I Think of You. Ms Soueif is also a political and cultural commentator. A collection of her essays, Mezzaterra: Fragments from the Common Ground, was published in 2004. Her articles for the Guardian in the UK are also published in the European press, and she writes a weekly column (in Arabic) for the national daily, al-Shorouk, in Egypt.

Robin Kelley is the Gary B. Nash Professor of American History at UCLA who has written extensively on social movements, the African diaspora and radical change. His books include the prize-winning, Thelonious Monk: The Life and Times of an American Original (Free Press, 2009); Africa Speaks, America Answers: Modern Jazz in Revolutionary Times (Harvard University Press, 2012); Yo’ Mama’s DisFunktional!: Fighting the Culture Wars in Urban America (Beacon Press, 1997), which was selected one of the top ten books of 1998 by the Village Voice; and Freedom Dreams: The Black Radical Imagination (Beacon Press, 2002). He also edited (with Earl Lewis), To Make Our World Anew: A History of African Americans (Oxford University Press, 2000), and is currently completing a general survey of African American history co-authored with Tera Hunter and Earl Lewis to be published by Norton.

Paul Smith is Director of the British Council in the USA and Cultural Counsellor at the British Embassy in Washington, D.C.. A 30-year veteran of the British Council, the UK's international cultural relations organization, his previous postings include Bangladesh, India, Nigeria, Burma, New Zealand and Chile. Most recently, he led the British Council's offices in Afghanistan and in Egypt. His interests include history, international cultural relations and all the arts, especially drama. He has directed plays, particularly Shakespeare, in various countries and has published numerous articles. He was awarded the OBE by the Queen in 1999.