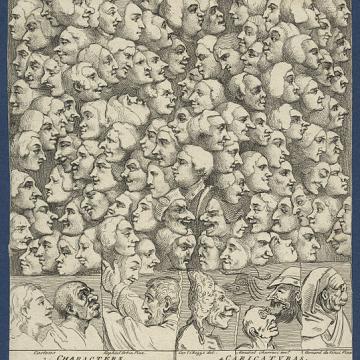 The value of wonder is a recurrent theme in the history of philosophy. In the Theaetetus, Plato’s Socrates claims that philosophy begins in wonder (thaumazein). Aristotle echoes these sentiments in his Metaphysics (982b12); it is wonder and astonishment that first led men to philosophize. Wonder is treated by a wide range of philosophers, from the Pre-Socrates through Aquinas and Descartes, as well as in Bacon, Smith, Kierkegaard, Nietzsche, Husserl, Heidegger, and Wittgenstein. Yet little recent attention has been given to the philosophy of wonder.

I start by discussing historical and contemporary accounts of wonder and beginning to develop an account of wonder as an emotion. Wonder, I argue, is an outward-looking emotion, which requires attention, and involves an expression of interest in and valuing of its object. These objects of wonder are varied, and though mystery and the unknown often induce wonder, wonder need not exit alongside mystery or at the attainment of understanding.

I then distinguish between wonder and closely related emotions, those of curiosity and awe. While all these emotions sometimes respond to mystery and the unknown, there are important differences. The investigation of awe draws on a different set of historical philosophers: Burke, Kant, Schopenhauer, and Hegel. Unlike wonder, awe is not conceptually tied to value. Instead, it is responsive to the sublime; it is an emotion responsive to perceived fear and perplexity, constituted by veneration and bafflement. This is conceptually distinct from wonder, an emotion responsive to perceived intrigue and importance, constituted by interest and valuing.

The most surprising claim about wonder made in the first two chapters might be that I take wonder to have important relations to value and valuing. Because this includes an empirical claim, namely that (all else equal) feeling wonder towards an object typically increases the perceived value of the object, I present original experimental studies that demonstrate the effect of inducing emotional wonder in a variety of contexts. The studies conducted are unified under a common theory. In a variety of cases, induced emotional wonder leads to greater value judgments in a variety of domains. Across these studies, inducing wonder leads to judgments of greater value in various domains, be it aesthetic, moral, and even economic value.

I argue further for the relationship between wonder and value. Investigating recent work by Dworkin (2013), Wolf (2010) and Nussbaum (2006) reveals that emotional wonder often backs or drives philosophical judgments of value. Because the details of these accounts are sometimes unclear, I interpret these philosopher’s claims about certain perceived moral values through the helpful language of moral reasons (e.g. Nagel, 1970; Parfit, 1984; Scanlon, 1998). Doing so helps get clear on the commitments of these three views of wonder-perceived moral value, but it also raises a number of important objections and problems for the views.

I conclude with a practical application of the previously defended conception of wonder and the possibilities of wonder-backed moral reasons. I turn to Scheffler’s (2013) arguments in ‘Death and the Afterlife.’ The various interpretations of wonder-perceived moral reasons provide possibilities to avoid some of Scheffler’s more unpleasant conclusions – though these are possibilities with different costs. I then address more broadly the defended conception of wonder. What is a morality of wonder, or more generally a philosophy of wonder? I conclude by addressing some consequences of the defended conception of wonder. Emotional wonder gives reasons that are neither clearly egoistic nor altruistic. As historical reflection, such as Arendt’s critique of Heidegger, reveals, following wonder sometimes leads to anti-altruistic action. I suggest and defend a morally appropriate response to emotional wonder.