Are humans responsible for natural disasters?

Part of the IF Oxford Science + Ideas Festival 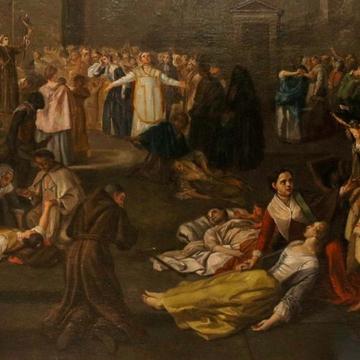 How and why did an 18th century debate reappear this year? In 1755, the Lisbon earthquake killed thousands, causing philosophers, scientists, and priests to question who is to blame for natural disasters: humans, nature, or God? COVID-19 is global and more deadly, but raises the same question. Dr Joseph Cunningham and Dr Dafydd Mills Daniel recreate disagreement between two Enlightenment philosophers – Voltaire and Rousseau – and ask you which side you agree with.

Dr Dafydd Mills Daniel, University of Oxford lectures in theology, ethics, and intellectual history. Author of ‘Conscience and the Age of Reason‘ and ‘Briefly: 25 Great Philosophers’, he is a BBC and AHRC New Generation Thinker, whose BBC Radio 3 documentaries include: ‘Sir Isaac Newton and the Philosophers’ Stone’.

Dr Joseph Cunningham, University of Oxford lectures in philosophy and ethics. He received his doctorate from the University of Warwick in 2016 and arrived in Oxford shortly after. He specialises in theories of action, reasons, and responsibility, and has published numerous papers on these topics in internationally recognised journals.