Book at Lunchtime: Royals and Rebels The Rise and Fall of the Sikh Empire 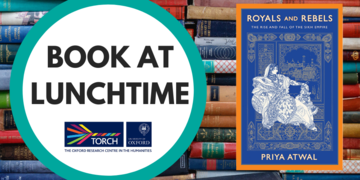 Join us for a TORCH Book at Lunchtime online webinar on Royals and Rebels: The Rise and Fall of the Sikh Empire, by Dr Priya Atwal.

Book at Lunchtime is a series of bite-sized book discussions held weekly during term-time, with commentators from a range of disciplines. The events are free to attend and open to all.

Register for a free ticket here. 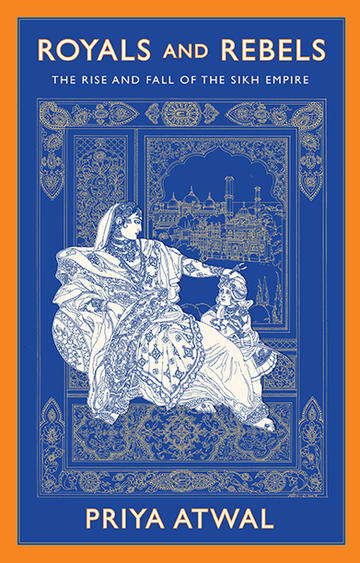 In late-eighteenth-century India, the glory of the Mughal emperors was fading, and ambitious newcomers seized power, changing the political map forever. Enter the legendary Maharajah Ranjit Singh, whose Sikh Empire stretched throughout northwestern India into Afghanistan and Tibet.

Priya Atwal shines fresh light on this long-lost kingdom, looking beyond its founding father to restore the queens and princes to the story of this empire’s spectacular rise and fall. She brings to life a self-made ruling family, inventively fusing Sikh, Mughal and European ideas of power, but eventually succumbing to gendered family politics, as the Sikh Empire fell to its great rival in the new India: the British.

Royals and Rebels is a fascinating tale of family, royalty and the fluidity of power, set in a dramatic global era when new stars rose and upstart empires clashed.

Dr Priya Atwal is Community History Fellow at Oxford. She is a historian of empire, monarchy and cultural politics across Britain and South Asia. She has taught History at King's College London and Oxford, where she obtained her doctorate. Her research has been featured in collaborative projects with Historic Royal Palaces, among others; and she makes regular broadcast appearances, most recently presenting the BBC Radio 4 series, Lies My Teacher Told Me. She tweets @priyaatwal.