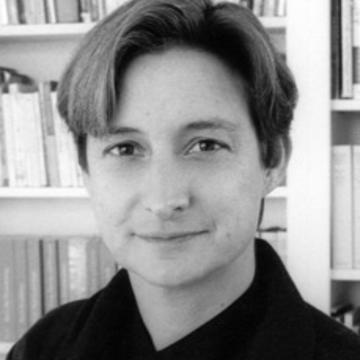 Shaun Tougher’s preamble to his methodological chapter of The Eunuch in Byzantine State and Society could serve as a stand-in for summarising Byzantine gender studies more generally:

‘It is evident that some historians have found the subject an uncomfortable one, reflected by the expression of open hostility or a tendency simply to ignore the topic.’

An unfortunate upshot of this prevailing apprehension (or anxiety) around tackling gender as a constitutive feature of later Roman sociality is a certain ‘Meanwhile, in Byzantine Studies…’ effect. Even scholars taken to be especially outspoken feminists within the context of the field, have not integrated methodological breakthroughs current to the humanities more generally.

This session will hone in on the break-out thinking of Judith Butler, and attempt to make some headway in bringing Byzantine Studies into the fold of contemporary gender research.

We will we focus on Butler’s most ‘anti-foundationalist’ views, which are also her most important contributions to the history of thought:

Butler does not accept that there is an embodied natural ‘sex’ that exists transcending culture, and certainly not that we can isolate gender as distinctively contingent, characteristically flexible, or ‘cultural’. For her, gender is not a fixed identity but ‘situation’. Rather than being distinguished from the physical, gender is exactly a ‘corporeal act’. Embodiment is not the basis for a sexed given, which researchers might hope to dig down and find underlying any confusion. But rather the exact field upon which assertions of, and struggles around, gender must always play out. She is a ‘gender theorist’ not in that she attends to something tidily associated with the social, but in exploring the points at which societies deploy and enlist our physical forms to constitute themselves.

Butler is avowedly anti-foundationalist, as an immediate consequence of her mixed commitment to existentialism, deconstruction, and psychoanalysis. For her, the attempt to ‘clear the way’ towards establishing an objective set of measurements that can be ‘viewed from nowhere’ will only ever be suspect. How easily this resolute anti-Cartesianism can be squared with historical inquiry is a matter still hotly debated (see the Arruzza piece for an especially sharp example of this.)

These are arguments which much of the humanities has found difficult to digest (see the ‘critics’ section of the reading list for some of the best attempts at refutations, as well as two representative examples of weaker attacks on Butler.) But for Byzantine Studies, these debates between Butlerians and Marxist-Feminists, transfeminists, Afro-Pessimists or even liberal Aristotelians have largely been by-passed. If one relied on Byzantine Studies research to keep up to date with important disputes within the humanities, one would be blithely unaware that this rearrangement was taking place, or by the ‘10s that it had happened.

Rather shockingly, the earliest explicit reference to Butler I could find in a major Byzantine Studies journal dates to 2016 (in a piece by Stavroula Constantinou for the BMGS journal on monastic gender).

The upshot is that even what is taken to be the ‘cutting edge’ of Byzantine Studies gender research, conducted by outspoken feminist scholars, can seem to operate outside the on-going debates that have raged in feminist theory and gender/queer research more generally since at least the early 1990s.

We should take care not to establish a flimsy ‘self/other’ distinction between our own research focus, and the rest of medieval studies. It’s certainly not the case that academics focusing on western material have made a consistent and determined effort to integrate Butlerian insights into their research programmes. (The Gillian Clarke citation I include shows that this is even the case for prominent scholars tackling so closely related a concern as theology of embodiment).

However there is no question that western medieval scholarship has been enriched to a much greater extent by ‘anti-foundationalist’ approaches to gender, and history. Western medievalist gender historians have also been incomparably better rewarded by their fields. Carolyn Dinshaw, Amy Hollywood and Matthew Kuefler have all not only produced insightful research based on these principles, but also enjoyed successful careers in their respective disciplines.

In the case of Dinshaw, the attention paid to contemporary gender research has even become reciprocal between modern scholars: queer theorist Heather Love’s breakout monograph Feeling Backwards (2007) engages fruitfully with the medievalist’s conception of historical scholarship as interactions between discursive communities. In this respect, western medieval research and the state of the art for contemporary queer studies can be said to interlock. Byzantine Studies cannot boast of any comparable cross-disciplinary engagements (yet).

My hope during our discussion is both for us to assess the existing damage caused by this existing incommensurability. But also (much more importantly!), to open up potential avenues for future research in grasping Byzantine contexts, and communities.

‘Doing Justice To Someone’, GLQ (2001) -- Butler’s sensitive reply to the David Reimer case

Dialogue with Catherine Malabou: 'You Be My Body for Me: Body, Shape, and Plasticity in Hegel's Phenomenology of Spirit' - Just two Hegelian gender theorists doing their thing.

Charis Messis and Anthony Kaldellis, Conjugal Violence and the Ideological Construction of the Byzantine Household, (Limes Plus. Journal for Social Sciences and Humanities 13/2 (2016), 21-40)

Kathryn Ringrose - ‘Gender As Acculturation’, Chapter Three in The Perfect Servant: Eunuchs and the Social Construction of Gender in Byzantium (2003).

Shaun Tougher - Chapter 2: Approaching Eunuchs: Attitudes, Studies and Problems, and Chapter 7: Images and Identities of Eunuchs, in ‘The Eunuch and Byzantine Society’ (2001)

Any of the women’s history chapters in A.E. Laiou’s ‘Gender, Society and Economic Life in Byzantium’.

The exhaustive resource on this topic is D. Oaks’ Bibliography on Gender.

A recent piece by the convener, Jules Gleeson

Carolyn Dinshaw, Getting Medieval Sexualities and Communities, Pre- and Postmodern (1999)

Amy Hollywood, ‘The Normal, the Queer, and the Middle Ages’ in Journal of the History of Sexuality 10:2 (2001)

Julia Serano - Whipping Girl chapters: ‘Changing Gender Perception, Not Performance’ and ‘Fables of the Deconstruction’ and ‘Feminist Interpretations of Femininity’ -- Transfeminist critique of gender as performance. NB. Serano has since downplayed herself as a critic of Butler.

Teresa Ebert - (Untimely) Critiques for a Red Feminism -- A rather less accomplished Marxist Feminist takedown to Arruzza’s, included as an ‘iron (wo)man’ representative of this general perspective.

Catherine Malabou - On Sexual Difference -- A critical-yet-sympathetic examination of womanly essence/non-essence as it appears in Nietzsche, Derrida, and Butler. Malabou promotes ‘plasticity’ over ‘performativity’.

Frank Wilderson - ‘Half-White Healing’, chapter 11 in Red White and Black -- The best known Afropessimist critique. Best rest alongside chapter 1 ‘The Ruse of Analogy’. Wilderson has repeated a more Gramscian version of that often during speaking engagements.