Fields of Knowledge: Natural History, Antiquarianism and the Discovery of the Romantic North 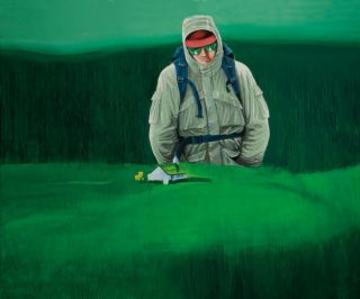 The TORCH Nordic Network is hosting an event on 'Fields of Knowledge: Natural History, Antiquarianism and the Discovery of the Romantic North' with Dr. Kim Simonsen.

Landscape, Environment, and Travelling European “Men of Science and Letters” 1800-1900

In the late eighteenth and early nineteenth centuries, unprecedented numbers of Britons, French, Germans and Scandinavians travelled to the Arctic and sub-Arctic regions of the world. In this way literary and scientific developments contributed equally to Romanticism. Sciences, antiquarianism, and literary study and ethnology produced early images and impressions of the North. New scholarship has shown that the creation of a new image of the Romantic North was related to travellers and their rediscovery and publication of Nordic

The talk aims to explore the relationship between natural history, antiquarianism and learned travellers in the contact zone between countries. In addition, it will examine how this relationship led to the creation of, for example, modern institutions and multiple pan-national forms of nation building. Finally, it intends to examine to what extent imagined landscapes and disappearing nature was a part of the Romantic North Europe, while also investigating how nature and landscapes were imagined at the time. Furthermore, how travellers became the “in-betweens” the ones that performed and initiated the contact zone between countries, but also between fields of knowledge. Through recognising this aspect of travellers, this talk intends to present them not only as transnational cultural translators or a part of a colonial expansion, but as creators of, for example utopian ideas and metaphors, and structures off imagining landscapes in Europe, which had a long lasting effect on the self-image and on nation building in the North and Europe.

In his talk Dr. Simonsen will also highlight new approaches on cultural history inspired by the material turn. In order to do so, we need to focus on the history of travelling as placed on the intersection between natural historians and cultural travel writers. We will investigate imagined landscapes and the Europe-wide sense of a disappearing nature, mourning and melancholia as the shock of the modernising and rapidly industrialising Europe, and how nodal points of travels were reverted by the scientific elites as a part of constructing and/or romanticising what was considered to be peripheral and rural Romantic sites.

Dr. Kim Simonsen is a Carlsberg Foundation Foreign Scholarship post.doc at the University of Amsterdam, SPIN: Study Platform on Interlocking Nationalisms. He is the leader of the "Travel Writing to the Romantic Far North 1800-1900" network supported by the Nordic Cultural Point and in the board of the newly formed Nineteen Century Studies Centre at the University of Århus in Denmark. He has been the coordinator of the Scandinavian section of ERNIE (Encyclopaedia of Romantic Nationalism in Europe). His interests are in the relation between literature, the cultivation of culture and nationalism in the long nineteenth-century.