How to Do Byzantium with Words – Scrutinizing Performativity 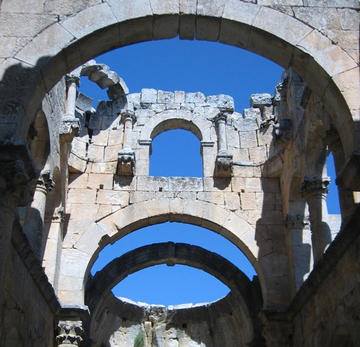 This webinar seeks to examine the multifaceted concept of performativity, in general, and the possibilities of its use as a tool for the interpretation of written discourse, in particular. The concept was conjured to counter the idea that every verbal statement must either be true or false, in the framework of speech-act theory. Conceived at the turn of the 20th century and concretized by J. L. Austin in the 1960s, this theoretical movement claimed that some statements do or create things in the world, instead of trying to simply refer to the existing state of affairs. From this seemingly straightforward position, the concept echoed throughout diverse schools and disciplines in philosophy and the humanities: pragmatism, structuralism, phenomenology, gender and performance theories, social theory and psychoanalysis, studies of literature, ideology, and identity. Scholars with opposing or complementary standpoints who are associated with this notion include John Searle, Jacques Derrida, Paul de Man, Shoshana Felman, Mary Louise Pratt, Judith Butler, and Eve Kosofsky Sedgwick.

One of the thorny and crucial debates is the delimitation and categorization of the performativity of, above all, speech acts. In the same foundational work, Austin initially defines performatives in opposition to assertives, as a marginal category of speech, only to ultimately postulate the assertives as a subcategory of performatives. Similarly, while some theoreticians dismiss literary discourse as ‘parasitical’ and incompatible with performativity, others postulate it as the ultimate example of performative worldmaking. A particularly interesting contributions to this discussion culminated in a series of Butler’s assertions; namely, performative acts are not produced by sovereign subjects, but constitute them. Performativity is not identical with theatricality, but is still adjacent to it through its reliance on citationality. Performativity is an embodied and not-exclusively-verbal phenomenon. Butler’s use of Althusser’s notion of hailing individuals into subjectivity, implicitly highlights the relationality of performativity.

My interest in the topic comes from an attempt to interpret medieval textual narratives as performative. Can bypassing the truth-value and the representational character of Byzantine narratives help us generate new and useful interpretations about the society that produced them? Can words and stories seriously do things in the world or even create worlds? Did Byzantine subjects exist before or after the textual enunciations that reveal them to us, whether in authorial or other position? What is a theoretical justification for treating archival documents, often composed of performative speech acts, as having a higher truth value than literary texts? What does overt citationality of Byzantine texts tell us about their performativity? What is the relation between the performance-aimed literature (rhetoric, hagiography, poetry, novels) and performativity in Byzantium?

Somewhat in conflict with Austin’s initial segregation of speech acts, my working hypothesis is that any narrative can be simultaneously performative and referential, doing things and creating entities even as it tries to describe or recount. But is such a position tenable? If everything is performative, is the designation useful at all? Are some narratives more or less performative? Alongside questions of subjectivity, I focus on the production of space. Here, Henri Lefebvre’s anti-Cartesian work on the trialectic of space is potentially useful for formulating narrative performativity. Instead of treating the text as a thinking matter reflecting (on) the physical world, can a narrative text ultimately be interpreted as a synthesis in a dialectical relationship of what it does in the world and what it asserts about the world?