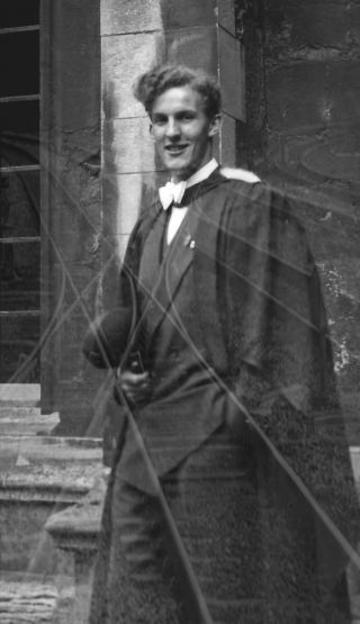 Someone Called Derrida is a real-life murder mystery that focuses on not only the famous French philosopher, Jacques Derrida’s complex relationship to Oxford but also the final years in the life of the author’s own father, 1990-1996 – years overwhelmed by dementia, nightmare and memories of, inter alia, the public school at which he had boarded during the Second World War. Every factual detail is, as far as the author can tell, correct; moreover, the voices which surround the author are verbatim: Jacques Derrida’s words come directly from a single book of his called The Post Card (1979); the nightmare-words of the author’s father are as transcribed in the 1990s by the author’s mother; and the words that detail life both in Oxford and at the boarding school all come direct from published accounts. All references for all details and quotations can be found in the book.

· ‘caught my imagination straight away’ (Rowan Williams, Archbishop of Canterbury)

· ‘an amazing book… one of the most original on Derrida’ (J. Hillis Miller)

. ‘the play is a deeply moving (for being playful, and restrained) search for the truth hidden in the confabulations of a memory that may not be trusted any more, an attempt to communicate with a father with whom direct communication becomes impossible, or subject to doubt; a sort of Synecdoche, Oxford where it is not one’s self but, even more alienating, one’s father who is being sought; the story of a new boy looking for an old boy who is supposed to live inside him, whose memory might or might not be dead, with whom it may be possible to communicate only if the new boy, whose memory is supposed to carry the story of the old boy, lets his memory die the same death as the old boy’s may have, or if the new boy believes the old boy’s nightmares tell the truth; or perhaps the old boy can be found in the memory of the books that have burnt him. (Gogue,theprimordialscratch.blogspot.co.uk)

. ‘very classy in terms of writing, dialogue, appearance, acting (especially the acting!)… very captivating, and at times, very emotive (the ending especially was, at the same time, suavely and compassionately done). Sort of made me think that it could’ve been written by Beckett, had he carried on trying to write like Joyce…’ (an Oxford Playhouse spectator)

. ‘I felt I was in the presence of something immense’ http://www.litfest.org/two-reviews-from-freya-gallagher-jones/

Open to all, tickets for the performance can be bought here. Tickets are £8 (£5 concession).

These events are part of a lecture series given by Amy Hollywood on philosophy, literature and mysticism entitled 'The True, the Real and the Mystical'. Please click here for the programme.