Live Event: ‘On Being Unprepared (For Our Own Times)' 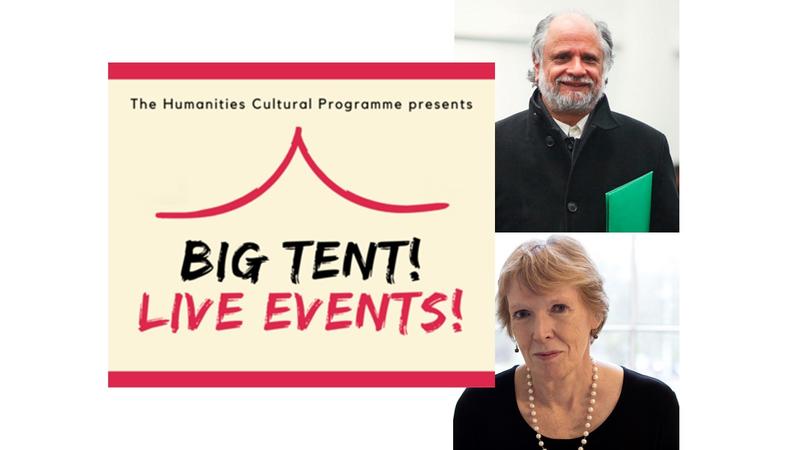 Part of the Humanities Cultural Programme, one of the founding stones for the
future Stephen A. Schwarzman Centre for the Humanities.

Join Homi K. Bhabha, Anne F. Rothenberg Professor of the Humanities at Harvard University, and Professor Margaret MacMillan (History Faculty) for a discussion ‘On Being Unprepared (For Our Own Times)'

Homi K. Bhabha is the Anne F. Rothenberg Professor of the Humanities at Harvard University. He is one of the most important figures in contemporary post-colonial studies. Bhabha is the author of numerous works exploring colonial and postcolonial theory, cultural change and power, and cosmopolitanism, among other themes. In 2012, he received the Padma Bhushan award in the field of literature and education from the Indian government.

Some of his works include Nation and Narration and The Location of Culture, which was reprinted as a Routledge Classic in 2004 and has been translated into Korean, Spanish, Italian, Arabic, Serbian, German and Portuguese. A selection of his work was recently published in a Japanese volume. Harvard University Press will publish his forthcoming book A Global Measure, and Columbia University Press will publish his next book The Right to Narrate.

Margaret MacMillan is an emeritus Professor of International History and a former Warden of St Antony’s College.  Professor MacMillan researches and writes on British imperial and international history of the late 19th and 20th centuries.  Books include Women of the Raj, Peacemakers/Paris 1919, The Uses and Abuses of History and The War That Ended Peace.  Her forthcoming book War: How Conflict Shaped Us grew out the BBC’s Reith lectures which she delivered in 2018.