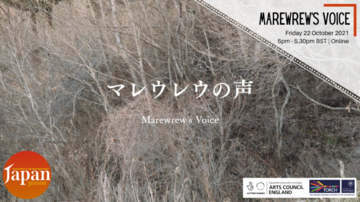 ‘Marewrew’s Voice’ (2021) is created by Eiko Soga who is a doctoral student at The Ruskin School of Art and St John’s College, Oxford. The film introduces Ainu music and a group of artists called Marewrew meaning ‘butterfly’ in the Ainu language, who engage with the traditional style of Ainu songs called ‘Upopo’. The film also shares insights into the Ainu’s traditional world view through Marewrew’s perspective and the contemporary challenges that they face.

Ainu culture traditionally used to develop through oral communication and their belief in Kamuy –  spiritual divines or gods that are non-human living beings and objects. However, since the people’s way of living has been taken away through Japan’s colonization, which began in 1868, they have been forced to adopt Japanese systems that are very much influenced by European and American cultures.

As an artist and a researcher, Eiko Soga has been working with Ainu communities since 2015, focusing on ideas such as sensory knowledge and ecology to move away from human- and capitalist-centric social norms. One of the important aspects of Eiko’s work and process is to listen to the voices of Ainu people. In this film, Eiko focuses on listening and delivering Marewrew’s Voice. In doing so, she aims to normalise the act of listening as unlearning of one’s social norm in order to create new modes of interaction with other cultures. Furthermore, the film shows processes of developing friendship and intellectual connection that lead to collaborative work through shared empathy and mutual inspiration. 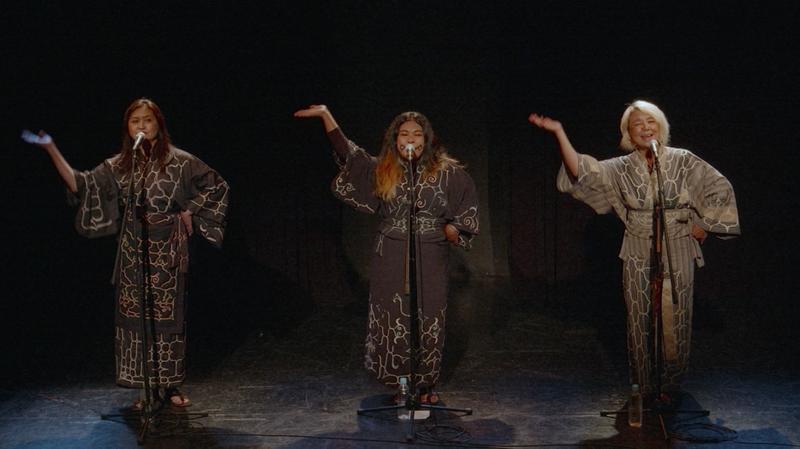 Find out more about the Japan 2021 – Humanities Cultural Programme here.