Oscar Wilde in Vienna: Pleasing and Teasing the Audience 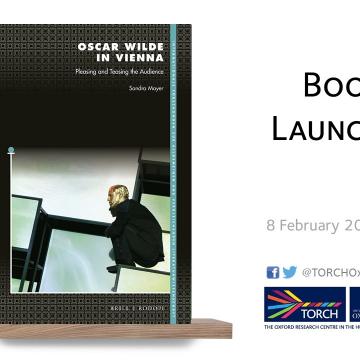 What has led to a century of almost uninterrupted performance on the Viennese stage of the works of Victorian Britain’s most controversial playwright?

Sandra Mayer, author of Oscar Wilde in Vienna, argues it was his willingness to both please and tease his audience. His plays skilfully manoeuvre between conformism and subversion, conventionality and innovation. Her new book investigates the dynamic interplay of literary work, theatre and audience, and is centrally concerned with the question of ‘what makes a classic?’

It also asks, what are the factors that transform a theatrical novelty into a time-honoured repertory highlight that may be reworked from different aesthetic and ideological perspectives? What makes (or breaks) a work’s canonical endurance? What does the translation and staging of a play tell us about Austrian culture?

In this first book-length study in English of the reception of Oscar Wilde’s works in the German-speaking world, Oscar Wilde in Vienna charts the plays’ history on Viennese stages between 1903 and 2013. It casts a spotlight on the international reputation of one of the most popular English-language writers while contributing to Austrian cultural history in the long twentieth century.

Drawing on extensive archival material, the book examines the appropriation of Wilde's plays against the background of political crises and social transformations. It unravels the mechanisms of cultural transfer and canonisation within an environment positioned — like Wilde himself — at the crossroads of centre and periphery, tradition and modernity.

Dr Sandra Mayer is a literary and cultural historian whose research interests include literary celebrity and authorship, cultural transfer and reception, literary networks and cosmopolitanism, and the literature and culture of the Victorian Age. Having received her doctorate from the University of Vienna, Sandra has since worked as a researcher and lecturer in Oxford, Vienna and Zurich. Her previous work has focused on Benjamin Disraeli as a celebrity and she has co-edited books on Irish drama. She is currently Hertha Firnberg Research Fellow at the University of Vienna, in collaboration with the Oxford Centre for Life-Writing at Wolfson College, Oxford, working on the Art and Action: Literary Celebrity and Politics project.

A joint event hosted by the Theatre Studies and Queer Studies Networks. Sandra will be joined by an expert panel to discuss the book and its themes:

Professor Mary Luckhurst (Head of the School of Arts, University of Bristol)

Booking is essential. Register via Eventbrite.