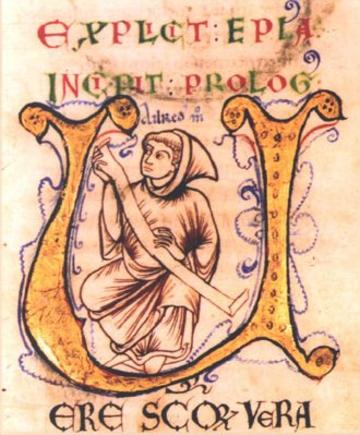 The Heritage Partnerships Team is pleased to promote this major online conference that will take place on 11 – 12 January 2021, presented by English Heritage and the British Archaeological Association.

The conference focuses on Aelred, abbot of Rievaulx between 1147 and 1167. Called ‘our Aelred’ by his monks, the abbot was one of the most important monastic leaders of the Middle Ages and remains an inspirational figure to this day.

Bringing together leading scholars and heritage professionals, this conference provides a unique opportunity to examine Aelred’s impact on the architectural development of Rievaulx, his role in the Cistercian settlement of northern England and his activities as an author.

Speakers will address the abbot’s impact in the wider monastic world and Aelred’s legacy, including his veneration as a saint and how his extraordinary life and achievements can be interpreted for 21st-century visitors to Rievaulx. The event also features a round-table discussion focused on debates about Aelred’s sexuality.

The conference has been scheduled to coincide with Aelred’s feast day on 12 January.

Registration for the conference is now open via this link.