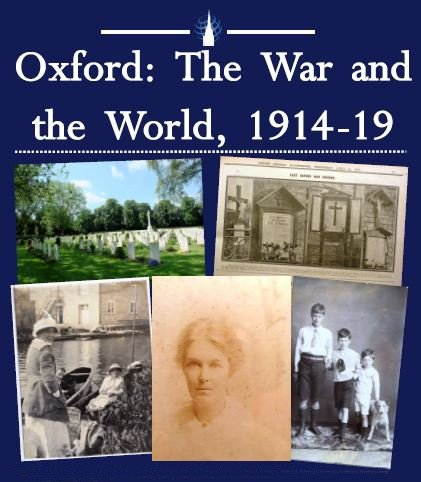 While some citizens left Oxford and travelled to other countries during the First World War, others stayed behind and experienced the city’s increasingly international connections; individuals from across the UK and the world joined them here because of the conflict. All these people were involved in, and contributed to, the war in different ways, and twelve of them are commemorated in this exhibition which highlights the wartime experiences of men and women, be they ‘town’, ‘gown’, or from overseas. By focussing on individual stories the exhibition emphasises Oxford’s international connections during the First World War and helps to expand understanding of different types of war experiences beyond the trenches.