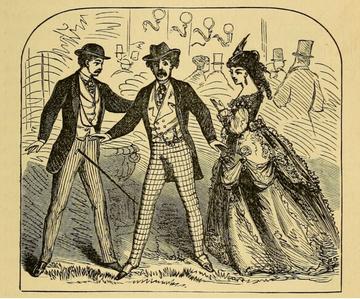 Between the end of the US Civil War and the start of World War I, thousands of American artists studied and worked in Paris. While popular thought holds that they went to imbibe culture and attain artistic maturity, in this four-part lecture series, Professor Emily Burns explores the various ways that Americans in Paris performed instead a cultural immaturity that pandered to European expectations that the United States lacked history, tradition, and culture. The lectures chart knowing constructions of innocence that US artists and writers projected abroad in both art practice and social performance, linking them to ongoing conversations about race, gender, art making, modernity, physio-psychological experience, evolutionary theory, and national identity in France and in the United States. Interwoven myths in art and social practice that framed Puritanism; an ironically long-standing penchant for anything new and original; primitivism designed by white artists’ playing with ideas of Blackness and Indigeneity; childhood’s incisive perception; and originary sight operated in tandem to turn a liability of lacking culture into an asset. In analyzing the mechanisms of these constructions, the lectures return to the question about the cultural work these ideas enacted when performed abroad. What is obscured and repressed by mythical innocence and feigned forgetting?

Why did terms like innocence, naïveté, and artlessness have currency for US artists working in fin-de-siècle Paris? This lecture examines the language employed by artists and critics that applied these terms to Franco-American art exchange. Professor Burns traces the concepts’ emergence and expansion at the end of the US Civil War. Linking the mass exodus to France for study to attempts at cultural rejuvenation, innocence reveals a culture triggered by the realities of war, failed Reconstruction, divisive financial interests, and imperial ambition. The impossibility of innocence gave the myth its urgency and paradox. Engaging with artists from Thomas Eakins and Robert Henri to writers Mark Twain, Henry James and Edith Wharton, as well as journalists, the lecture frames the definitions and stakes of claiming to be innocent and naïve in Paris. In performing these characteristics, these artists and writers built an idea that American culture was belated compared with Europe; the lecture contextualizes this idea of strategic belatedness alongside similar projections in other emergent national contexts. 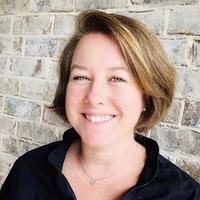 Emily C. Burns is an Associate Professor of Art History at Auburn University where she teaches courses on eighteenth- and nineteenth-century American, Native American, and European art history. Her publications include a book, Transnational Frontiers: the American West in France (University of Oklahoma Press, 2018), which analyzes appropriations of the American West in France in performance and visual and material culture in the tripartite international relationships between the United States, France, and the Lakota nation between 1867 and 1914, as well as journal articles, exhibition catalogue essays, and book chapters related to art and circulation, US artists in France, and American impressionism. She is currently completing a co-edited volume with Alice Price on global impressionisms entitled Mapping Impressionist Painting in Transnational Contexts (forthcoming from Routledge).

During her tenure as the Terra Foundation for American Art Visiting Professor in the Department of History of Art at the University of Oxford and a Visiting Fellow at Worcester College, Professor Burns will complete her second book, Performing Innocence: Cultural Belatedness and U.S. Art in fin-de-siècle Paris. 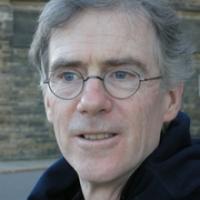 Peter Gibian teaches American literature and culture in the English Department at McGill University (Montréal, Canada), where he has won four teaching awards. His publications include Mass Culture and Everyday Life (editor and contributor, Routledge 1997) and Oliver Wendell Holmes and the Culture of Conversation (Cambridge UP 2001; awarded the Best Book Prize in 2001-02 by NEASA, the New England branch of the American Studies Association) as well as essays on Whitman, Poe, Melville, Hawthorne, Twain, Dr. Holmes, Justice Holmes, Bayard Taylor, Washington Irving, G. W. Cable, Edward Everett Hale, Wharton and James, John Singer Sargent, Michael Snow and shopping mall spectacle, the experience of flânerie in 19th-century shopping arcades, and cosmopolitanism in nineteenth-century American literature. He is currently at work on two book projects: one exploring the influence of two competing speech models—oratory and conversation—on Whitman’s writing and his notions of public life; the other tracing the emergence of a “cosmopolitan tradition” in American culture over the course of the long nineteenth century.