Science and the Public Sphere I 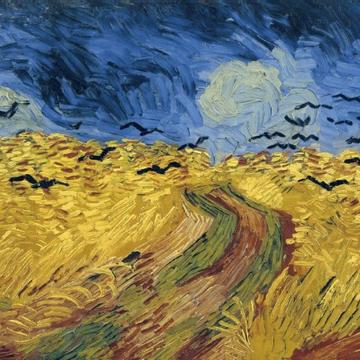 'Science and the Public Sphere' is an interdisciplinary seminar series dedicated to the study of the interface between science and the broader public sphere.

John Lidwell-Durnin (Linacre College, Oxford): 'Rust, blight, and other maladies affecting the public sphere (1784-1830)”'
Jürgen Habermas’s concept of the public sphere emerged, first and foremost, from historical analysis of the public forums and print culture that flourished in eighteenth and nineteenth century Europe. While historians and philosophers disagree about how to interpret the concept, the ‘public sphere’ was argued to emerge in the eighteenth century as a new space for negotiation and critical discussion positioned between the private lives of individuals and the state. The emergence of the public sphere was accompanied by widespread fears and anxieties over food shortages, scarcity, and famine: fears that were exacerbated and stoked by the frequent outbreaks of crop diseases affecting staple crops, such as wheat rust and blight. In this paper, I examine how agricultural and scientific societies interested in addressing crop diseases struggled to include (and at times to exclude) practicing farmers and peasant knowledge from their debates and dialogues over how to feed the modern state.
Pascal Marty (Maison Française d’Oxford), 'Vegetation science in the public sphere: plant succession models and land management prescriptions (1900-1960)'
While two modalities in plant succession models exist, regressive succession and progressive succession, the literature on land degradation has focused mainly on regressive succession, the latter being read as the result of poor resource management leading to vegetation degradation. The success of the interpretation of the state of natural resources in the Mediterranean region based on this model has fuelled discourse in the public sphere that is very hostile to peasant practices, and disconnected with the actual landscape dynamics in progress during the period. I will briefly present succession models and show how models of vegetation degradation have justified a general condemnation of agro-pastoral farming practices and supported voluntary reforestation policies.