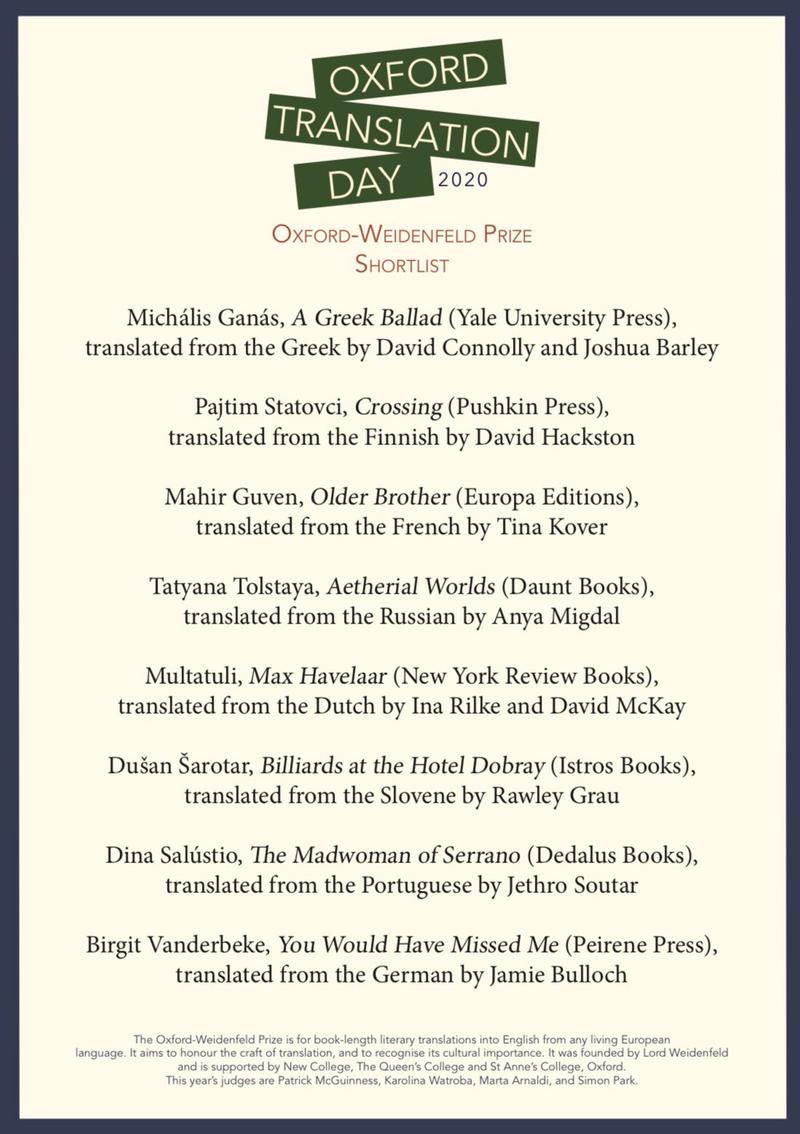 The Oxford–Weidenfeld Prize is for book-length literary translations into English from any living European language. It aims to honour the craft of translation, and to recognise its cultural importance. It was founded by Lord Weidenfeld and is supported by New College, The Queen's College and St Anne's College, Oxford.

This year the winner of the Oxford–Weidenfeld Prize will be announced on 30 September –International Translation Day – during an online ceremony hosted by English PEN. To book tickets for the award ceremony, see here.

To accompany the award of the Prize, we are also uploading a number of videos in which the shortlisted translators discuss or read from their respective translations. The videos will be uploaded at midday on 30 September on the OCCT website’s Oxford-Weidenfeld page. The 2020 shortlist is:

Michális Ganás, A Greek Ballad (Yale UP), translated from the Greek by David Connolly and Joshua Barley

Dušan Šarotar, Billiards at the Hotel Dobray (Istros Books), translated from the Slovene by Rawley Grau

Dina Salústio, The Madwoman of Serrano (Dedalus), translated from the Portuguese by Jethro Soutar

Birgit Vanderbeke, You Would Have Missed Me (Peirene Press), translated from the German by Jamie Bulloch