The Ballad, the Nation and the Uselessness of Myth: the Poetic Politics of Wagner’s Flying Dutchman 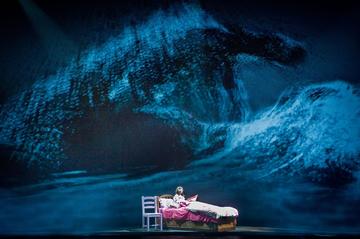 When first drafting The Flying Dutchman, Richard Wagner initially wanted to call the opera “a dramatic ballad” instead. In its final version the opera is indeed arranged around a ballad that contains and compresses in miniature much of the thematic and musical material of the three acts that surround it. At the same time, Wagner lets Senta's haunting ballad hover over his opera and make it more complicated. The Flying Dutchman offers a theory of the opera as an extended ballad and of the ballad as a compressed opera. But rather than legitimating the sort of aesthetic nationalism Wagner would become famous for, this pairing of forms leaves both more strange and overdetermined than they may at first glance appear.

Bio: Adrian Daub is a professor of Comparative Literature and German Studies at Stanford University.

His research focuses on the long nineteenth century, in particular the intersection of literature, music and philosophy. His most recent book, Tristan's Shadow - Sexuality and the Total Work of Art (University of Chicago Press, 2013), deals with eroticism in German opera after Wagner. He also writes on popular culture and politics.