The Latitudes of Twilight in the North 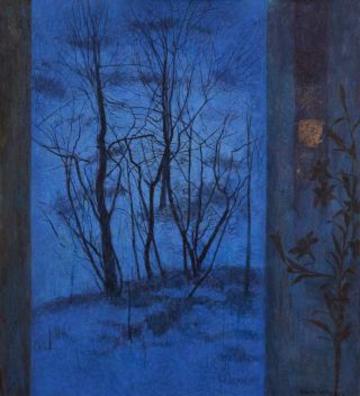 Professor Peter Davidson (University of Oxford) discusses The Latitudes of Twilight in the North in a lecture organised by the TORCH Nordic Network. One of the characteristics of northern places which has shaped their cultures is the fall of light, from the prodigal "white nights" of midsummer to the murktide of midwinter. Absolute presence and absence of light are crucial elements of northern experience, but it is the infinite gradations of twilight between which have had the greatest effect on the arts of the north. Conditions of half light, of rain-shadow and mist, of forest dimness or overcast industrial city are a constant of the poetry and of the painting of the north. It would be possible indeed to argue that one of the most distinctive elements in northern painting is its response to the lowered lights of evening, of overcast weather.

This talk will trace the emergence at the turn of the nineteenth century of schools of painting and writing which were fascinated by adverse weather and falling light, by belatedness and regret, and how this awareness of light conditions is itself a defining factor of "northness", setting itself in deliberate opposition to the static Mediterranean light which floods baroque landscape painting with an unwavering golden afternoon.

Peter is Senior Research Fellow of Campion Hall, Oxford, where he is archivist and curator of the college collections. He has taught at the Universities of Aberdeen, Warwick and Leiden. His book *The Idea of North* was published in 2005, his book of essays on northern places *Distance and Memory in 2013 and his book about the cultural history of twilight *The Last of the Light was published by Reaktion this winter. As well as writing about place and cultural history he is a scholar of baroque art and literature, particularly the hybrid arts of the frontiers of the baroque world.