A network pre-launch in celebration of International Women’s Day 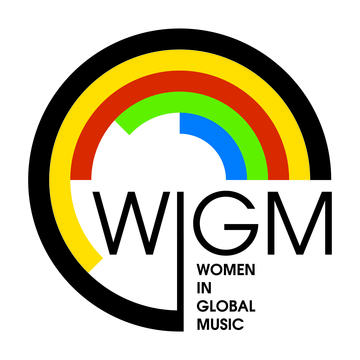 Women in Global Music (WIGM) is a new research and industry network to be launched in June 2021. At the heart of network lies a desire to create an inclusive and equitable forum in which to share ideas and learn from one another in a collaborative spirit. We seek not to provide catch-all solutions, but rather, to address intricate, often troubling questions, to challenge received assumptions, and above all, to develop ways of thinking and listening with women’s voices and experiences across global musical contexts.

Join us online on Monday 8 March 2021 for WIGM’s network pre-launch, to be held in collaboration with TORCH and in celebration of International Women’s Day. This live event will feature WIGM’s founders, Joe Davies and Yvonne Liao, in conversation with Natasha Loges, Professor of Musicology and Head of Postgraduate Programmes at the Royal College of Music, and Yijia Tu, an award-winning singer-songwriter, ethnomusicologist, and graduate student at the University of Oxford. Together they will explore a series of topics promoting women’s creative voices across borders, such as diversity of representation within the global music industry, and cultural identity in the webcasting age. The event will conclude with a live Q&A and an open discussion with the participating audience.

Registration is free but required in advance. Please click here to register.

NATASHA LOGES is Professor of Musicology and Head of Postgraduate Programmes at the Royal College of Music, London. Natasha’s research interests include German song, gender studies, concert history, practice research, word-music relationships, and the lives and music of Brahms and the Schumanns. Her books include German Song Onstage: Lieder Performance in the Nineteenth and Early Twentieth Centuries (Indiana University Press, 2020); Johannes Brahms in Context (Cambridge University Press, 2019); Musical Salon Culture in the Long Nineteenth Century (Boydell & Brewer, 2019); and Brahms in the Home and the Concert Hall (Cambridge University Press, 2014). Her monograph Brahms and his Poets: A Handbook (Boydell & Brewer, 2017), received the American Musicological Society's Thomas Hampson Award in 2016. A committed public musicologist, Natasha performs regularly as a song accompanist, broadcasts on BBC Radio 3, reviews for BBC Music Magazine and gives talks and leads learning events for festivals and venues including the Southbank Centre, Wigmore Hall, the Oxford Lieder Festival and Leeds Lieder. She is a member of the Women’s Song Forum; the Equality, Diversity and Inclusion in Music Studies network; and currently chairs the Events Committee of the Royal Musical Association. 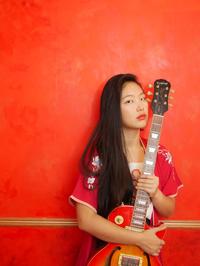 YIJIA TU is a musician and ethnomusicologist from China. Having completed her BA in Music from SOAS, University of London, she is currently completing her Masters in Musicology at the University of Oxford. Her research interests include issues in Chinese pop music, cultural identity in music, representation of Chinese music on the international stage, and the role of media and TV talent shows in the current Chinese music scene. Yijia debuted as a singer-songwriter at the age of 16, as a semi-finalist on the well-received Chinese music show ’Sing My Song’. Her original album has won the 2015 CMA (Chinese Music Awards) and has been nominated as ‘Best New Chinese Female Artist’ for the Chinese Media Music Awards. After coming to the UK, Yijia started an East Asian folk fusion band project – The Sages. The Sages has been featured on BBC Radio 3, Victorious Festival, and Asia House’s ‘One Voice’ documentary series. Yijia hopes to deepen her academic research from taking an ethnomusicological approach to the study of Chinese pop music, whilst using academic research to feed into her work as a singer, composer, and musician interested in exploring her cultural identity in the field of ‘pop’ and ‘world’ music-making.

JOE DAVIES is Lecturer in Music at Lady Margaret Hall, University of Oxford, and Co-founder of Women in Global Music. His research centres on the relationship between nineteenth-century music and other art forms, and on music’s role in shaping notions of gender, authorship, and self-fashioning. He is soon to be taking up a Marie Skłodowska-Curie Global Fellowship at the University of California, Irvine, where he will be working on a project entitled ‘Rethinking Widowhood: Women, Loss, and Liberation in Nineteenth-Century Musical Cultures’. His edited volume, Clara Schumann Studies, will be published by Cambridge University Press later this year. 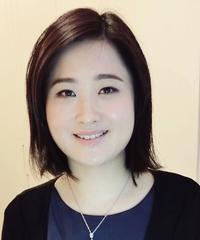 YVONNE LIAO is a cultural historian of music and migration, and a Research Associate at TORCH, The Oxford Research Centre in the Humanities. Her current work is situated at the intersection of postcolonial studies, global historiography, and new critical understandings of musical agency and coastal port cities in 20th-century East Asia. Her writings have appeared in The Musical Quarterly and Cambridge Opera Journal, among other publications. With Joe Davies, Yvonne is a Co-founder of the Women in Global Music (WIGM) research and industry network; and in this arena, she is particularly keen to promote women's voices through cross-sectoral collaboration and entrepreneurship across borders.

WIGM has received funding from the European Union’s Horizon 2020 research and innovation programme under the Marie Skłodowska-Curie grant agreement No 894071.