Women’s Suffrage and Beyond: Local, National and International Contexts 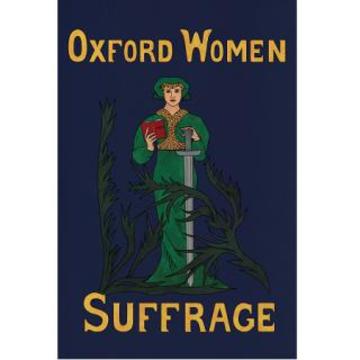 The demand for women’s suffrage posed one of the greatest threats to the British constitution since 1832. It galvanised women from all classes and religious backgrounds across the United Kingdom and beyond, and it represented the most sustained episode of feminist activism in the history of the British Isles. Many studies of the suffrage movement have been produced since the early twentieth century, and much excellent research has deepened our knowledge of the activists who were involved in the movement, as well as the ideas and convictions which motivated them. The centenary of women’s suffrage in 2018 presents an important opportunity to consider the historiographical debates which have underpinned scholarship on the movement, while also reflecting on the gaps that remain. Women in the Humanities will discuss these issues and others at a two-day conference, to be held at the University of Oxford on the 4th and 5th October, 2018.

Registration is free for students and ECRs.

The drinks reception, including a performance by the Oxford Belles, and the keynote lecture, by Professor Susan Grayzel, during the early evening of October 4th, are also free and open to the public when booked separately here.

Organised by Women in the Humanities, Alexandra Hughes-Johnson and Lyndsey Jenkins; University of Oxford.

This conference is supported by the University of Oxford Fell Fund, the History Faculty and Women in the Humanities.

Audience: University of Oxford only